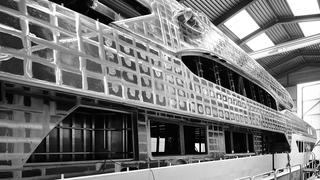 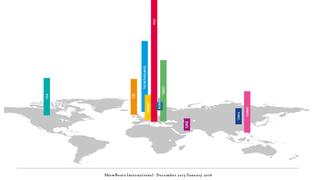 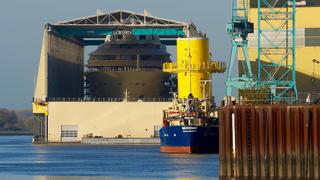 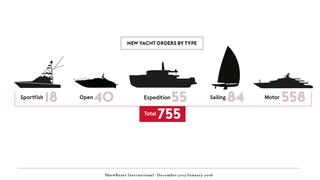 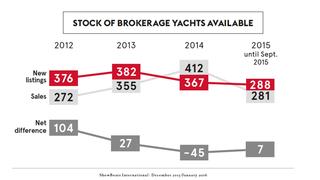 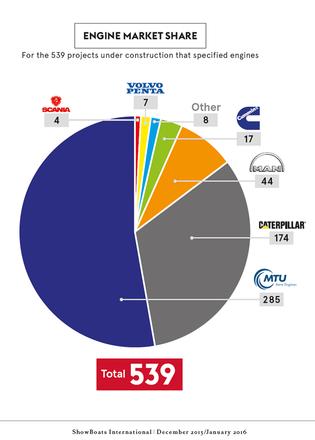 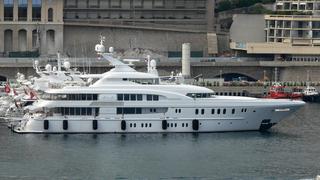 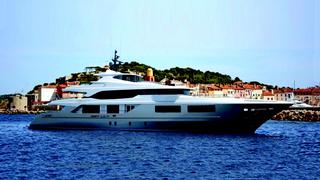 The 2016 Global Order Book shows that state of the yachting industry is strong, or at least stronger. After two years of stable numbers following the 2013 low point, the number of new yachts reported on order or under construction — 755 superyachts 24 meters and longer — is actually up.

This PDF is locked
The file “2016 Global Order Book” is available for download to BOAT Pro subscribers only. Please login or subscribe to BOAT Pro to access it.
Get Started What is BOAT Pro?

Amid a sea of change, there is a constant: The AzimutBenetti Group retains its first-place ranking with the most yachts reported under construction or on order.

The cards have been reshuffled somewhat between the most productive yachtbuilding countries, even if the top three remain the same — Italy, The Netherlands and Turkey.

Taiwan, which was lagging a bit in the past few years, has grown again, mostly thanks to Alexander Marine and Horizon. The UK, meanwhile, has slid back, as did The Netherlands (which had a record year in 2014-2015), Germany, China and the UAE.

However, some of this may be due to yachtbuilders under strict nondisclosure agreements. The projects that builders are not able to disclose but that we know exist are listed as “custom” instead of under the builder’s header and country.

This typically affects the largest projects, which means mostly Germany and The Netherlands. While the yards are unable to officially confirm them, these projects are real and eventually will see the light of day.

Norway has claimed the 10th place ranking from Greece thanks to two large projects building at Kleven and subcontractor work for Palmer Johnson’s SuperSport series in carbon.

Palmer Johnson recently announced it was moving its operations from the U.S. to The Netherlands, but the move had not yet happened at press time. Pending the move, we listed the carbon hulls and superstructures being built for the SuperSports under Norway. Next year, they will add to The Netherlands’ numbers.

Palmer Johnson’s move is one of the changes that will affect the U.S.’s ranking in the future. In fact, one of the main contradictions in this year’s Global Order Book is what we call the American paradox. Thanks to strong order books from yards such as Westport, Hatteras and Viking, the state of the yachting industry in the U.S. looks pretty healthy. But the reality isn’t so cheery.

On top of Palmer Johnson’s departure, Christensen has gone through an ownership change, and recently sold Trinity is for sale again. And yet, while some U.S. yards apparently struggle to keep going, the American market is currently one of the strongest, brokers tell us, unlike the Russian market.

Economic sanctions against Russia and other factors, including the drop in oil prices and political unrest, continue to have a negative effect on the once-healthy Russian market. While ultra-rich Russian clients are still around, newcomers to the yachting industry have left the market for the moment.

This could help explain why 2015 was a good year but not as strong as expected, especially on the brokerage market. The second-hand market reached 300 sales as we finalized this report on October 14, a level of sales achieved three weeks earlier the previous year, on September 22, 2014.

In the category of yachts 250 feet and larger, orders are down just one from last year’s record high. However, 21 superyachts of 100 meters (328 feet) and over are under construction, and four were delivered in 2015.

Exciting and impressive projects have already launched for an imminent delivery, such as the 468-foot (143-meter) Sailing Yacht A at Nobiskrug or the 351-foot (107-meter) expedition superyacht Ulysses at Kleven.

Other supersized projects scheduled for 2016 include a secretive high-volume 492-foot (150-meter) project to be delivered by Mariotti, and the largest superyacht ever in gross tons, the 512-foot (156-meter) project Omar, which Lürssen has built for a repeat client.

Speaking of Lürssen, its order book continues to be impressive with no fewer than five projects over 100 meters under construction and deliveries all the way to 2019. Kleven, Oceanco and Benetti also each have at least two projects of 100 meters or larger on their respective order books.

We’re happy to see a few pedigree yards return in this year’s Global Order Book. For example, Burger Boat Company has received an order for a 104-foot (31.6-meter) expedition yacht, Ocea has a new 99-foot (30-meter) commuter, Otam is building a 115-foot (35-meter) tri-deck yacht and Cantieri di Pisa, under new ownership, is coming back to life, presenting two new model concepts at the Monaco show.

The bulk of new orders are for yachts between 90 feet and 150 feet, a nine percent increase from last year.

As far as types of yachts, expedition yachts continue to be a growing trend, while express cruiser (or open) orders are on the decline. Fewer sailing yachts are under construction but are concentrated among a core group of yards traditionally known for building sailing yachts, such as Oyster, Southern Wind, Vitters and Royal Huisman, which are doing well with their order books.

Refit activity continues to grow in every country and in every yard. Even for the most prestigious and busy builders, it has become an essential activity that provides consistent work and revenue.

Feadship has completed the refit of Podium (launched by Lürssen in 2006 as Linda Lou), a first for the Dutch company as it previously only handled refits of Feadship yachts.

In the UK, Pendennis continues its success story with refits, including the delivery of the beautiful classic superyacht Malahne and a long list of projects already scheduled for 2016, including the refit of the Derecktor-built superyacht Aquila (ex-Cakewalk).

Another positive for this year’s Global Order Book is that many projects that were listed as “on hold” for a long time have become active projects again, meaning construction is or will be resuming soon. For instance, Metalships will complete the 194-foot (59-meter) superyacht whose construction started at FNM in Spain.

At Mondomarine, the M54 started a couple of years ago has been sold and will be delivered in 2017. Project Nato, a 246-footer (75-meter), started by San Marco in La Spezia, Italy, will be shipped to another yard with a target completion date sometime in 2018.

There are three unsold hulls at Pisa but, with the yard’s new owners, we expect they will be completed in the near future. In Canada, Crescent Yachts, acquired last year by the grandson of the yard’s founder, is back in business, with two projects “on hold” for years now scheduled for launch in 2015 and 2016.

Consolidation among builders seems to be a trend and could also be the solution for the future. Mondomarine recently acquired Cantieri di Pisa. Gavio Group, with its main yard Baglietto, had already acquired Cerri in 2011, and in early 2015 added Bertram to its portfolio.

In The Netherlands, Acico Yachts promises to breathe new life into the struggling Jongert yard. In China, IAG Yachts, formerly owned by an audio-visual conglomerate, has become part of Sunbird, a multifaceted boat builder founded in 2003.

The Global Order Book this year shows a yachting industry that is more compact and stronger. Most pedigree yards have comfortable order books for the coming year. At the 2015 Cannes and Monaco yacht shows, industry professionals were markedly optimistic and so are we.

Subscribe to BOAT Pro to access brokerage sales data and unlimited specs for 12,353 yachts in our Superyacht Directory – the world’s most comprehensive superyacht data.