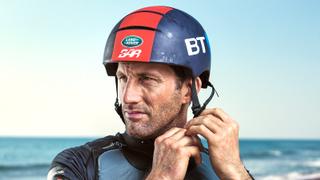 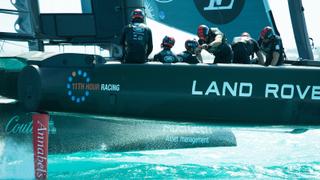 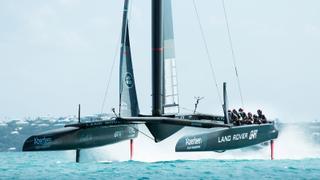 The America’s Cup racing is well underway, attracting a global audience with some spectacular sailing, but when you’re watching, you should keep a close eye on the pre-start — it’s one of the most critical stages. We expect that by the time the America's Cup has been won, the statistics will show that around 75 per cent of the boats that lead at mark one will have gone on to win the race.

The pre-start routine assigns one boat to each end of the line, with the port boat entering the start area at two minutes and 10 seconds before the start gun. It gives it the opportunity to cross ahead of the starboard boat, which enters at two minutes. Once both boats are into the start box, the fight for the favoured position on the line begins.

The key points to watch out for are the boat positioning, an accurate estimation of time on distance to the line and the acceleration. Those are really the three key factors that will determine the outcome at the start, and it all happens so fast that this one is really on the helmsman.

On the way to mark one, the boat in front is likely to extend its lead because, at the speeds these boats go, the breeze will deflect back to the boat behind. The loss from being behind at the start carries on for quite a long period, until the boats have exited mark one and are at least 100 or 200 metres into the downwind leg.

The other factor with manoeuvres is the energy consumed in dropping and lifting the daggerboards. The America's Cup grinders need to retain enough energy to get the boat to the finish.

The first leeward gate is often a really critical moment in the race, particularly for the boat behind. It must try to find an opportunity to split away because traditionally we have seen that if you follow the lead boat around the leeward gate it’s then very, very hard to find some kind of split and make a pass.

The boat ahead is trying to ensure that it can be on the same rounding — rounding the same gate mark as the boat behind — and, if not, then at least to force the other boat into an extra manoeuvre. Obviously it is the opposite for the boat behind, which wants to create the split with as little fuss as possible.

The next upwind leg will be about using the boundaries to minimise the number of tacks and energy consumption, but with the wind coming off the land you can’t totally ignore the wind shifts and the puffs coming down the course.

It is a big trade-off on how hard to push the boundaries and how much weight to put on the wind shift, and it also depends on what the opposition is doing. If there has been a split created at the leeward gate, it is very hard for the lead boat to get control of the boat behind again, because of the energy consumed in these manoeuvres.

Then we have the final downward leg to the leeward gate and the reach to the finish. Once the boats get through that final leeward gate there aren’t any options left for the boat behind.

Finally, the manoeuvres are going to be really important this time around, with teams sailing laps in the right conditions without touching down (coming off the foils and back into displacement sailing). If you get a manoeuvre wrong and touch down then the race is pretty much over, unless the opposition also makes a mistake.

So although boat speed is critical, the start and the manoeuvring will also be key, and executing them perfectly could well decide who wins the America’s Cup. No pressure on the big day then...

First published in the June 2017 edition of Boat International