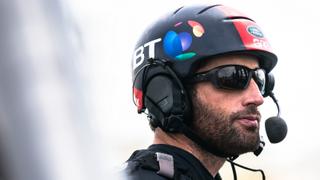 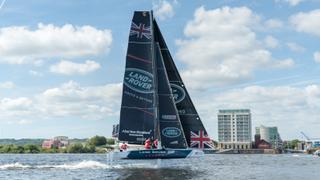 With the Extreme Sailing Series drawing to a close, Land Rover BAR Academy has been given a significant boost with the news that Sir Ben Ainslie will be joining the development team later this week (October 19).

The penultimate event in the worldwide racing series takes place over the weekend in San Diego, and Land Rover BAR’s youth development team are currently last in the overall standings behind seasoned competitors such as Alinghi, Red Bull Sailing Team and SAP Extreme Sailing Team.

Ainslie’s arrival will surely act as a boost to Land Rover BAR Academy, whose best result of the season saw them earn 11 points for a third place finish in Qingdao back in May.

Speaking ahead of this weekend’s showdown, Ainslie said: “I'm looking forward to joining the team in San Diego and getting back among the Extreme Sailing Series fleet. I am so proud of everything the Land Rover BAR Academy team have achieved since we launched the programme back in January 2014.”

Despite lagging behind in the Extreme Sailing Series, Land Rover BAR Academy can count 2017 as a big success, having emerged victorious from the Red Bull Youth America's Cup - an achievement Ainslie credits to “hard work, commitment and dedication”.

Jono Macbeth, sailing manager at Land Rover BAR, added: “The opportunity to sail with Ben in San Diego will be hugely valuable for the current squad and it really shows what the programme is all about; the senior team coming together with the junior, on and off the water. We hope to see more of this over the next few years."

The news comes less than a week after Land Rover BAR announced its plans to join the 52 Super Series 2018 as part of its preparation for the 36th America’s Cup.