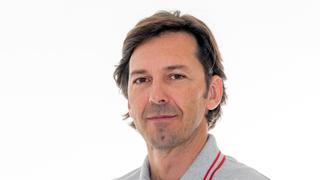 Botin Partners Naval Architecture has been announced as the official design partner for the New York Yacht Club’s Bella Mente Quantum Racing team, which will compete in the 36th America’s Cup.

Founder and president Marcelino Botin (pictured below) has worked on a wide range of racing and cruising projects as well as superyacht concepts, and was the principal designer for Team New Zealand from 2004 to 2011 — experience that should prove highly valuable, with Auckland set to host the 2021 showdown.

Terry Hutchinson, skipper and CEO of Bella Mente Quantum Racing, said: “Botin Partners has been the premiere monohull designer for the last decade. We have had a great relationship with the Botin design and it just feels like a natural fit.”

The Bella Mente Quantum Racing entry marks the return of the New York Yacht Club to the America’s Cup after a 15-year absence. They will be joined by the Challenger of Record, Luna Rossa Challenge, who will represent Circolo della Vela Sicilia.

Other teams set to compete in Auckland include Land Rover BAR, with former Olympian Sir Ben Ainslie reiterating his desire to lead the first British team to win the America’s Cup.