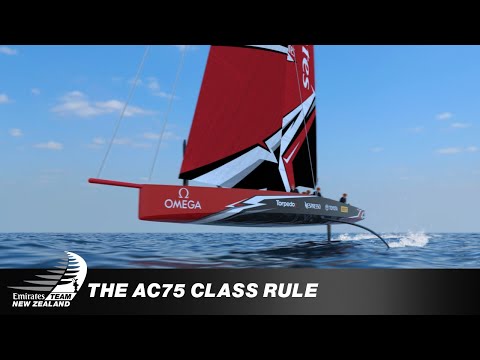 Research and development for the 36th America’s Cup can begin in earnest after the AC75 class rule for the 2021 Auckland showdown was published last week (March 29). The announcement was made by the Royal New Zealand Yacht Squadron and Circolo della Vela Sicilia, together with their respective teams - Emirates Team New Zealand and Luna Rossa.

Key features of the AC75 class rule include a limit on the number of hulls, masts, rudders, sails and foils that can be used by each team, while the foil arms, cant system and rigging will all be supplied.

Dan Bernasconi, design coordinator for Emirates Team New Zealand, said, “It has been a detailed collaboration on all aspects of the rule, including the one design and supplied parts. We feel we have done a great job containing costs on certain aspects, while leaving the rule open enough for the America’s Cup to continue as the driving force of innovation and technology in sailing.”

Bernasconi expects that much of this technology, in particular the soft wing mainsail concept, will have a trickle-down effect on the sailing yachts of the future.

Now that the class rule has been published, challenger teams can start to develop their racers and search for the areas in which they can gain a competitive advantage.

The first AC75 foiling monohulls are expected to hit the water next spring, with March 31, 2019 set as the earliest permitted date for launching a prototype.