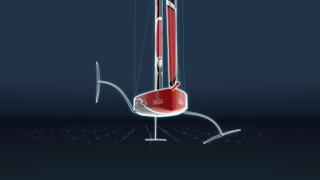 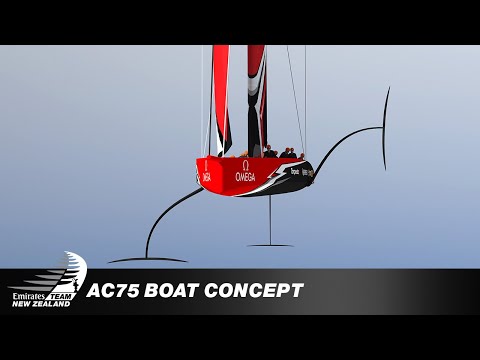 The Defender Emirates Team New Zealand and the Challenger of Record Luna Rossa have revealed the first details of the design for the AC75 foiling monohull that will race in the 36th America’s Cup.

Challengers heading to Auckland in 2021 will have to master the art of sailing with twin canting T-foils, which can be lifted out of the water on the windward side to reduce drag.

What’s more, the wingsail design has been done away with in favour of a more traditional sailing rig. In a statement, the teams explained: “Whilst recent America's Cup multihulls have benefitted from the power and control of rigid wing sails, there has been no transfer of this technology to the rigs of other sailing classes.”

Safety and stability has been a key consideration and as a result the new AC75 raceboats able to self-right in the event of a capsize, while the foils can be folded under the hull to allow the vessel to fit into a standard marina berth.

It is hoped that this technology will filter through to cruising yachts in future and we have already seen the first evidence of this in the form of the Baltic 142 Custom foiling superyacht.

Grant Dalton, CEO of Emirates Team New Zealand, said: “Our analysis of the performance of the foiling monohulls tells us that once the boat is up and foiling, the boat has the potential to be faster than an AC50 both upwind and downwind.”

Patrizio Bertelli, chairman of Luna Rossa Challenge, added: “The choice of a monohull was a fundamental condition for us to be involved again in the America’s Cup. This is not a return to the past, but rather a step towards the future.”

British contender Sir Ben Ainslie, team principal and skipper of Land Rover BAR, gave his backing to the design, claiming that it will add to the growing popularity of the America's Cup.

"The sport has gained a lot of new fans and this boat, delivered with a global circuit and high-quality free-to-air broadcast TV will cement their interest in the America's Cup and build on a very strong base," he predicted.

This dramatic design has spent four months in development and will be refined further before the AC75 Class Rule deadline of March 31, 2018.