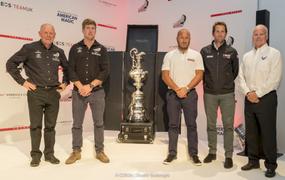 The Netherlands has officially joined the battle for the 36th America’s Cup, bringing the total number of challengers to six.

The addition of the team, which is jointly supported by the Royal Netherlands Yacht Club and the Royal Maas Yacht Club, means the 2021 tournament will have the most teams competing since the 2007 32nd America’s Cup in Valencia.

All six challengers will attempt to strip Emirates Team New Zealand of the coveted trophy.

A statement from the defender described The Netherlands’ entry as “positive news.” “The reality is, the more teams that race in the Prada Cup Challenger Selection Series, the greater the spectacle on the water and the better the economic return off the water for Auckland and New Zealand.”