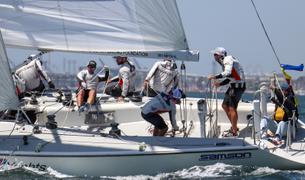 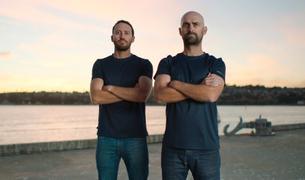 Stars and Stripes Team USA has been confirmed as the second US challenger for the 36th America’s Cup.

The team was officially confirmed by the Royal New Zealand Yacht Squadron and joins the New York Yacht Club’s American Magic as the second US team challenging for the cup.

Stars and Stripes Team USA was founded by the professional sailors Taylor Canfield, a four-time Congressional Cup winner, and Mike Buckley. The team has the backing of the Long Beach Yacht Club.

Canfield said: “It’s been my professional goal to compete in the America’s Cup my whole life and I’m confident we will be very competitive come 2021 in Auckland.”

While more details about the team are set to be revealed in January, tech entrepreneur Justin Shaffer has been confirmed as the team’s chief executive, alongside Tod Reynolds, who headed up the 2016 America’s Cup World Series Chicago, as chief operating officer.

The team’s AC75 race yacht is already under construction in Michigan using a “design and technology package purchased from Emirates Team New Zealand.”

Chief executive of Emirates Team New Zealand Grant Dalton said: “Stars and Stripes and their Yacht Club are the reflection of the new America’s Cup; they value the history of the trophy and the event while wholeheartedly accepting the technological challenge that the new AC75 class represents.”

He added: “We are really proud to have two American teams competing in this America’s Cup. United States is a country with outstanding America’s Cup sailing tradition and expertise.”