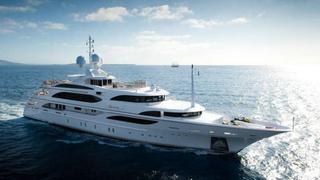 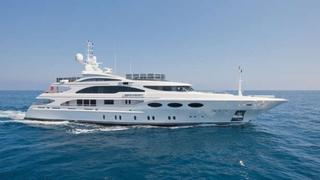 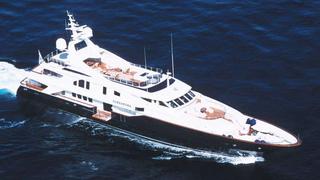 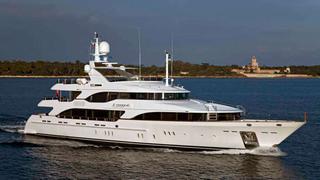 Italy has long held the crown of building more superyachts than any other country, due in no small part to the success of the mighty Azimut-Benetti yard. Offering sleek styling and excellent craftsmanship, a Benetti yacht gives her owners a taste of la dolce vita, and here we present a selection of five of the yards yachts currently for sale.

James Auld at SuperYachtsMonaco is offering the 59.3 metre motor yacht I Dynasty for sale with an asking price of €36 million.

Built in 2008, I Dynasty accommodates 12 guests in a main-deck master suite, VIP stateroom and four double cabins, and I Dynasty has just passed her five year ABS inspection.

Delivered in 2004, she's the result of close cooperation between the Benetti shipyard, Stefano Natucci for external styling and Lazzarini Pickering Architetti for interior design and design of the external deck areas. The understated Zen interior shows how an enhanced sense of space can be achieved by complementing rich textures and vibrant colours with ample natural light from the oversized windows and the distinctive skylight linking the main and upper deck saloons. The striking décor is enhanced by the incorporation of several Asian antiques from the owner's private collection.

Sai Ram offers accommodation for up to 12 guests in a full-beam master suite with office and double dressing rooms, an upper deck VIP cabin, two double and two twin guest cabins. Her sun deck is divided into three large areas featuring a large forward space with Jacuzzi, bar and barbecue, a central circular dining area, which can entertain 24 to 28 guests on three different dining tables and a large sunbathing area set aft.

The 50 metre Lumiere (ex-Cuor di Leone) was built in 1999 as the fourth in the yards Golden Bay series and was designed to be able to undertake long cruises and charters in the Mediterranean, Caribbean and other exotic areas of the world. Lloyds classed and MCA compliant, her Stefano Natucci interior has accommodation for up to 14 guests in six cabins including a full-beam master suite on the main deck.

On the lower deck are four guest cabins (two doubles and two twins) with en suite bathrooms. Further to this, theres a day room on the upper deck that can be converted into a guest stateroom (either double or twin) with bathroom. The owner, who invested more than $4 million in a 2010-11 refit, wants her sold soon.

Alexandra is a 50 metre motor yacht, one of the ever-popular Golden Bay series, which features a Terence Disdale designed interior and a navy blue hull.

With accommodation for 14 guests in seven cabins, the owner has maximised space on board by use of a clever arrangement, with an aft facing master suite on the bridge deck, allowing two VIP suites forward on the main deck and a further two double guest cabins and two twin cabins all of excellent proportions on the lower deck. Alexandra has a large sun deck equipped with a Jacuzzi, ample sun lounging space, fully shaded dining facilities and BBQ.

Built in 2002, JL Seagull was completely refitted in 2011 and accommodates 10 guests in five cabins. Twin Caterpillar 3508B engines give her a range of 4,000 nautical miles at 12 knots.

Illusion V: a relaxed and stylish family home at sea