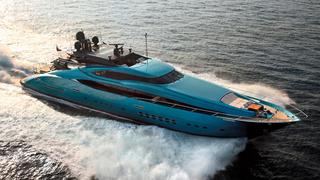 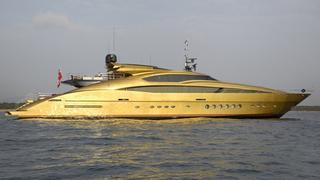 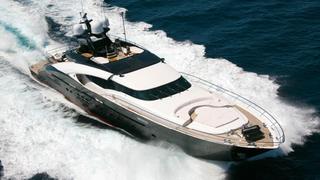 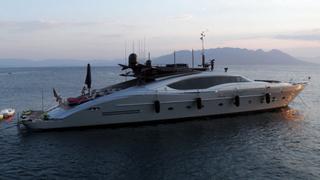 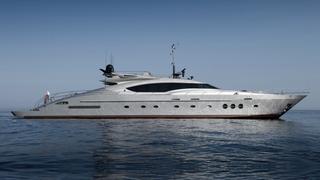 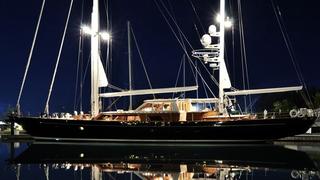 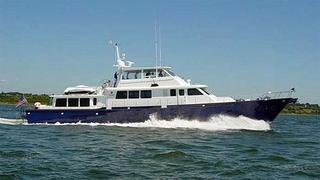 Born in the USA 7 Palmer Johnson superyachts for sale

Under its original name, Johnson and Gmack, Palmer Johnson was founded in Sturgeon Bay in 1918 and became known for repairing and refitting boats for the Great Lakes commercial fishing fleet. Ten years later, the founders son, Palmer Johnson, built their first wooden yacht and demand for more began to grow.

After being sold to Texas Instruments founder Pat Haggerty in 1961, a significant decision was made to build in welded aluminium. Such a decision set the future path for what is now a widely recognised brand.

Although the yard had a reputation for building fine sailing and motor yachts, a decision was made in 1995 to focus solely on power superyachts and the yards last sailing yacht, the 33.53m Keewaydin, was delivered in 1996.

Palmer Johnson was acquired by the current owner in 2004. His unique vision and inspiration to produce large semi-custom sports yachts as opposed to traditional custom tri-deck yachts proved successful and brought Palmer Johnson into the luxury yacht market with a renewed vengeance.

Today, advanced marine technology and striking design combine to create some of the most desirable superyachts in the world. Palmer Johnsons established brand identity is continually shaped through the ideas and unique vision of designers and engineers united in their pursuit to raise standards with each new build. Here we present seven fine yachts from a pedigree yard, all currently listed for sale.

Delivered in 2009, Blue Ice is a spectacular superyacht of all-aluminium construction and the fifth hull in this successful range of performance yachts. Powered by twin MTU 16 V 3,650bhp diesel engines Blue Ice comfortably cruises at 24 knots and has a top speed of 27 knots.

There are three dining areas, two of which seat eight people and a third which seats 10. Five guest cabins offer accommodation for up to 10 passengers. The master suite is accessible from the entertainment room and features a king-sized bed, private office, his-and-hers bathrooms, and a walk-in wardrobe. There are two VIP cabins with queen-sized beds and en suite bathrooms. Finally, there are two twin cabins, each with an en suite bathroom. Both twins can be converted to double cabins.

Blue Ice is listed for sale by Burgess and Jeff Partin at Fraser Yachts who says, Always maintained to the highest standard, she also enjoys an enviable charter following. Blue Ice is seriously for sale following a recent $3 million price reduction and is lying in the Old Port, Cannes.

Launched to great acclaim in 2007, OKhalila, now renamed Grey Matters, is a 46 metre aluminium semi-displacement yacht designed by the cutting-edge design team of Nuvolari Lenard. She incorporates open yacht style, high cruising speeds and very sleek lines that have helped make her one of the most eye-catching and head-turning yachts regularly seen in the South of France.

With her shimmering metallic gold exterior, this first PJ 150 in the Palmer Johnson Sport Yacht Series is a dramatic sight as she powers between destinations. Above all, she is a fun boat, with lots of features to amuse and entertain the owners family and guests.

For extra performance, her owner took the option of installing three main engines rather than two, and with nearly 11,000hp from the MTU/Detroit DDEC diesels, she certainly does perform, with a top speed of well over 30 knots.

Just as important as top speed, the captain reports that OKhalila runs smoothly and quietly at 26 knots in a wind of Force 6 and commensurate sea-state.

OKhalila is listed for sale at Moran Yacht & Ship who comment, "We are very happy to add another Palmer Johnson to our fleet of yachts for sale." OKhalila has the accommodation, speed and style that clients are looking for and her price tag of $19 million makes her the most competitively priced PJ 150 on the market.

Now renamed Domino, 41m PJ luxury yacht Alfa Sea was built in 2009 and is an exceptional example of Italian styling by Nuvolari Lenard.

While she is part of the yards PJ 135 range, a four-month refit in 2010 has transformed her into a true one-off. Changes included a new interior by renowned designer Rémi Tessier, paint job and entertainment system. She can accommodate up to 12 guests in five cabins, including a full-beam master suite while twin 3,650hp MTU engines propel her to speeds in excess of 30 knots.

Vassilis Fotilas, her listing broker at Fraser Yachts, says, Her 2010 refit makes her a very special PJ, unlike any other and shes the only PJ 135 available for immediate delivery.

Built in 2009 to Lloyds class and MCA compliant with exterior and interior design by Nuvolari Lenard, the 36.9m Vitamin accommodates eight guests in four large cabins.

The PJ luxury yacht Vitamin is currently for sale.

She features an aluminium hull and is in immaculate condition. Powered by MTU engines she has a cruising speed of 24 knots.

Ross Tannock at Moran Yacht & Ship has her listed for sale and says, Vitamin is the first of the new style PJ 120, built as hull number 7 in the yards PJ 120 series of sports yachts. Twin 2,750hp MTU engines and a planing aluminium hull give her a maximum speed of 28 knots.

Delivered in 2008, Izumi is the sixth PJ 120 Sport Yacht. From her stunning crystal silver metallic paint to her recognisable sweeping lines, she is an excellent example of the series

This superyachts striking interior has been designed by Nuvolari Lenard and is a combination of lacewood highlighted with high-gloss ebony, wengé flooring and Crema Marfil marble accents. Classed with Lloyds and MCA compliant, Izumi is built to handle rough seas and take guests where they want to go in the utmost comfort.

Jonathan Barbe has her listed for sale at Edmiston & Company and says, "She is in immaculate condition having had only one owner since delivery and the same captain since build. Izumi has never been chartered and has been kept in A1 condition."

Superyacht Izumi is for sale.

The 33.53m Keewaydin is the last sailing yacht to be built by the yard. The collaboration of Palmer Johnson, John G Alden and John Munford resulted in a superlative sailing vessel that could travel the world in unrivalled style and comfort for a vessel her size. With Hood roller furling masts, Reckmann headstay furlers, a shallow draught centreboard design, a reliable Caterpillar main engine and a sail plan capable of powering her in all but the lightest winds, Keewaydin represents the epitome of a world cruiser.

Her broker is Dirk Johnson at Merle Wood & Associates who comments, Keewaydin has benefited from an comprehensive maintenance programme over the years which has kept her in extraordinary condition. In the last year she has been completely painted from the top of her masts to the bottom of her keel, received all-new teak decking, and been rigged with new carbon fibre booms, to name just a few of her many improvements.

Built in 1997 to a design by Raymond Hunt, the 30.78m Moon River, renamed Excel, has a deep-V hull form, providing an easy, forgiving ride even in poor weather conditions. Moreover, she is as good as new after a $3.7 million refit in 2008/09.

Michael Mahan at Worth Avenue Yachts has _Excel _listed for sale and has this to say:  She is nothing short of immaculate  turnkey doesn't even begin to describe it. New engines, new interior design, new electronics, new ships systems and top to bottom new paint are only a few of the major items included in her recent refit and now she is very seriously for sale and all offers are strongly encouraged.