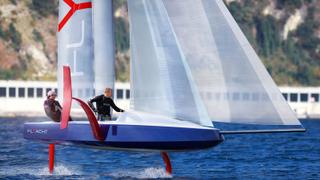 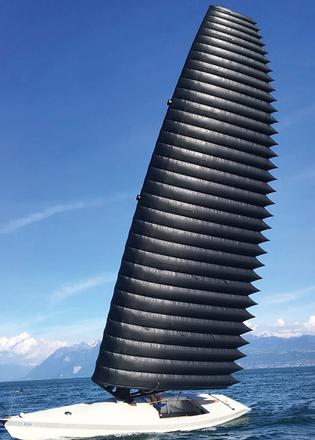 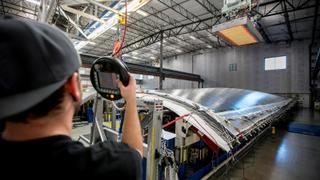 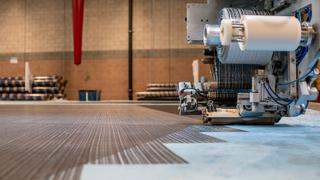 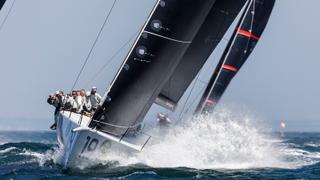 Navigating the future: Investigating the next big developments in sailing

Ask people about the next big developments in sailing, and there’s a sense that the industry is holding its collective breath, waiting for the next leap forward in materials. As naval architect Philippe Briand points out, the carbon fibre underpinning most of today’s race technology was first developed 30 years ago. “We need some new development and technology that applies to sailing,” he says. Jonathan Duval of Future Fibres agrees: “We’ve reached a plateau where everyone is using carbon.”

Perhaps that is just the point: now that the aircraft and aerospace industries are using carbon fibre, this could mean innovations will escalate. Marcello Persico, president of Persico Marine, emphasises that carbon fibre is not just one material and that the way it is applied – high-modulus pre-preg or an infused dry layup – makes a big difference in the strength and weight of the final product. He’s building now for Wally Yachts founder Luca Bassani, who thinks the next wave is nanotechnology.

Foils are not just for fencing

The immediate future, then, is all about using the technology currently available in a more efficient manner. Foils are a great example. The next America’s Cup will be fought in keel-less 23 metre monohulls with two swinging T-foils. Lower both foils, and they provide lift to get the boat flying at slower speeds.

As speed builds, you can raise the windward foil clear of the water, providing righting moment and reducing wetted surface. Briand wants to make this technology more accessible to young sailors. He has designed a 6.5 metre Flyacht that uses the same principles as the radical new AC75, but designed for hiking out. “Applied to smaller boats, it is more exciting and not too high budget,” he says. Persico has experience with flying catamarans, having built the wings, platform and foils for Land Rover BAR in the 2017 Cup. Persico will be building Luna Rossa’s 2021 Challenge boats as well as supplying the carbon fibre foil arms for all teams. “I think it will work. It has to work,” says Persico of the foiling concept. Interestingly, he’s innovating with acoustic testing developed for Formula 1 parts to pick up weaknesses the eye can’t see on the AC foil arms. “In automotive (a core part of Persico Group), you don’t have the luxury of testing the product for a year.”

Expect also to see horizontal foils become more commonplace. “Cruising boats are too heavy to foil,” says Bassani, a builder who knows a thing or two about keeping weight out of performance cruisers. “But something like DSS could make your boat faster and more stable.” DSS, the patented Dynamic Stability System developed by British naval architect Hugh Welbourn, consists of a retractable horizontal foil deployed to leeward to create lift amidships. This reduces the boat’s apparent displacement, making it faster, and provides righting moment, allowing for a shorter keel. It also reduces pitching. Infinity Yachts’ 14.14 metre Maverick is the first racing boat built to demonstrate the technology, and she finished first in her division in the 2018 Newport Bermuda Race. A 43.3 metre cruising boat designed by Bruce Farr with DSS is under construction at Baltic.

Conventional wisdom has always been that a stiff sail creates more lift than a fabric sail. That’s why the last America’s Cup used rigid wing sails, but these are deeply impractical for common use, needing to be craned on and off, with no possibility of reefing. Swiss inventor Edouard Kessi of Next Technologies has got around this problem with an inflatable wing sail, which can be easily reefed thanks to the stay-less telescopic mast inside it. The system self-aligns and also greatly reduces the heeling effect as it falls off to leeward.

“I’m pretty sure the next big evolution will be in the rig and sailplan, adds Bassani. “It will be an inflatable wing sail. When the sail is up it is beautiful and wonderful to sail.”

Doyle Sails is taking a different approach with the launch of a cable-less Code Zero reaching sail. Combined with some proprietary laminate technology, its loose luff actually helps it perform 30 to 40 per cent better than its cabled-luff equivalents.

Both systems would work in theory on a superyacht, but naval architect Dykstra in Holland believes that the rotating DynaRig is the future for big boats. The latest iteration has just appeared on Black Pearl, the 107 metre Oceanco sailing yacht. “We made a big step forward from Maltese Falcon to Black Pearl,” says Thys Nikkels, Dykstra CEO. “In detail, it’s all different – lighter and it turns faster.” Dykstra is also predicting that big sailing yachts will need to find clever ways to limit their air draught. “We’re seeing bigger and bigger yachts, but still wanting to sail through the Panama Canal,” he says.

Photovoltaic sails are just around the corner, and the technology has been tested on Conrad Coleman’s Vendée Globe yacht Foresight Natural Energy. Sailmaker Alain Janet of Solar Cloth System is already manufacturing the second generation of solar sails using super-fine CIGS technology capable of producing 120 watts of power per square metre. The owner of Black Pearl is known to be looking at the technology, but there is also demand from NASA and the French Space Agency.

Meanwhile, North Sails is looking to encapsulate sensors in its moulded carbon 3Di sails to provide the helmsman and trimmers with more data about performance. “We are working towards the ‘connected sail’ for the future,” says North Sails’ Gautier Sergent. “It could log data for post-treatment and performance analysis or provide metrics to the sailors about sail trim and sail shape – similar to having speed targets.” It would also help design better sails, of course. Also new for North Sails this season was a moulded sail product called 3Di RAW 880, developed specifically for the TP52 fleet. Sail designer Juan Meseguer calls this the “highest-performance, most carbon-dense sail” in North Sails’ inventory.

The future is already here for standing rigging, and it’s made of carbon. With no competing material on the horizon at the moment, the challenge is to shape rigging aerodynamically. “What we’ve found is that it’s always better to have an ellipse,” says Duval of Future Fibres. “In a race, it gives a TP52 one boat’s length advantage. It’s nothing, but it’s everything!” The TP52 – there are 13 boats from nine countries actively racing – has emerged as kind of a technology test bed for Southern Spars, which has the sticks in most of the boats. Southern not only built the wing masts for New Zealand’s last America’s Cup effort, it built the whole boat as well. The next step is to develop a system which rotates shaped rigging into the wind to create lift, just as with the mast of an IMOCA Open 60. “A self-rotating rig will arrive one day, but we’re not there yet,” Duval adds.

Across the boatbuilding spectrum, companies are wrestling with the concept of recycling. There are epoxy resins that are part made from plant-based compounds, while hemp matting is a viable alternative to glass for laminating. However, the elusive goal is closed-loop recycling. Sebastiaan Verheijen, of Extreme Eco Solutions, says it is possible to turn GRP back into glass and resin but that leisure boats are not suitable. Instead, EES turns the waste into Carinthia, a recyclable material that acts as a new composite. “So we don’t speak of recycling but of upcycling.” Persico Marine recycles some carbon cloth and sends scraps to a nearby company that uses it to make prosthetic limbs.

OneSails says its 4T Forte sail can be easily recycled because it has eliminated Mylar film and glue. “The skin is vacuum cured in a heat-activated process that fuses the components together. Every element in the structure contributes to shape-holding,” says co-founder Peter Kay. North Sails is looking at a technology to yield pure polyester from used Dacron sails to make new sails. “Tests are under way,” says materials technology expert Bill Pearson. “The aim is to return them to a polymer state at the same grade.”

In the next 10 years, electric propulsion will skyrocket. Although Li-ion cells are 2.5 times more efficient than they were in 1995, available lithium-ion designs are still only one-tenth as energy dense as fossil fuels, but new tech is always emerging, such as lithium-air – theoretically 40 times better than lithium-ion cells. Expect to see more yachts with a hybrid system blending electric and diesel propulsion, like Black Pearl, which produces enough electricity from her regenerating propeller to cover her entire hotel load under sail.

Across the spectrum, manufacturers of everything from winches to electronics are embracing simpler sailing. “And that means less deck gear,” says Thys Nikkels at Dykstra. Matt Wiss, Harken’s director of global grand prix and custom yacht sales, agrees: “There’s an overall trend for minimalism, driven by an obsession with ease of use and eliminating weight. Look at the number of winches and tracks in the deck layout of an 80ft IOR boat from 25 years ago.” Alan Davis of B&G adds: “People often think ‘ease of use’ is ‘dumbed down’, but that isn’t correct: the combination of a simplified user interface with powerful back-end systems will provide the best of all worlds.” For instance, always-on web connections on boats mean that weather data will simply appear on your multifunction display. Systems will update themselves, and remote servicing will become the norm. “B&G does this already on high-end racing yachts, such as the Volvo Ocean Race yachts,” he adds.