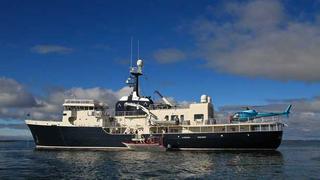 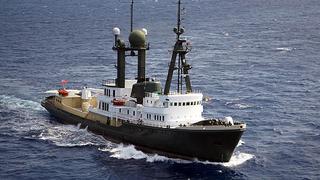 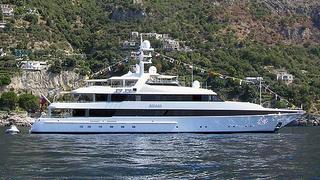 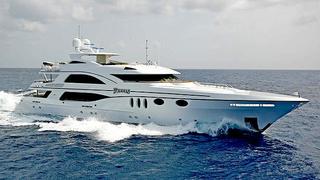 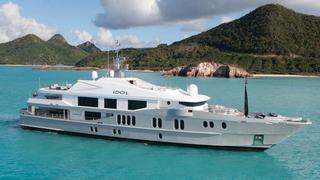 As the saying goes: when the going gets tough, the tough get going. Here we present five superyachts where the owners have made the tough decision to implement multi-million price cuts on their precious superyachts.

Built by Hollands Amels yard in 1974 as a pilot vessel for the Dutch Navy, the 59m motor yacht Akula was converted into an expedition yacht by Vosper Thornycroft in England in 1999, at which time a helicopter deck and hangar were also added. Three Deutz 600hp engines give Akula a cruising speed of 13 knots and her rugged build quality makes her capable of worldwide cruising.

Listed for sale by Simon Ting at bluewater, Akula is down by $3.8 million to $10.95 million

Converted from an ocean-going tug in 1994, the 77.73m Lone Ranger has a 31,000 mile range at 12 knots, with Quantum stabilizers (installed in 2004) for greater comfort. In the last decade Lone Ranger has cruised the world several times, including a trip to Antarctica and the Arctic polar ice cap.

Her interior features a large master suite with private owners library/study and four spacious guest staterooms, all ensuite. The large open deck space, including a basketball court, swimming pool and helicopter pad, plus her ability to carry a 40 cabin cruiser and numerous small boats, add to her many amenities.

The price of Lone Ranger is now down from $20 million to $14 million and shes listed for sale by Y.CO.

Delivered by the De Vries yard in 2002, she was built for a knowledgeable yachtsman, with supervision by his long time captain. Kisses was conceived with the owners wish for a yacht for cruising with his close friends and family. Details aboard are unsurpassed, from her elegant Art Deco interior to all mechanical and operational features which have been very carefully thought out.

Accommodating 10 guests, _Kisses _has always been privately used and never chartered, and has been well maintained and updated since new.

Her asking price has been cut to $29.75 million

Delivered in 2009 by Trinity Yachts, the 50m motor yacht Wheels sleeps 12 guests in a master suite, four double staterooms and two twin cabins staterooms with accommodation for nine crew in six cabins. Twin 2250hp Caterpillar engines give her a range of 4,000 nautical miles at 10 knots. An extended engine warranty is available and partial owner financing is offered to qualified buyers.

Listed for sale by International Yacht Collection, Wheels is down by $3.25 million to $28.7 million.

Delivered by Australias Austal yard in 2007 and thoroughly refitted in 2011, the 58.9m motor yacht Idol is Lloyds classed and MCA compliant and her interior accommodates as many as 14 guests in a master, two VIPs, three doubles and one twin stateroom. Designed as a beach house on the water, she has ample open areas, a 35m long upper deck, and floor to ceiling windows almost throughout to let the natural light and warmth flood in.

Her spacious interior has an unusual layout, and the accommodation is spread over three decks, making her incredibly versatile while also offering privacy should it be desired.

Idol is listed for sale by Fraser Yachts and has been reduced by 2.5 million to 29.5 million.

View all luxury yachts for sale