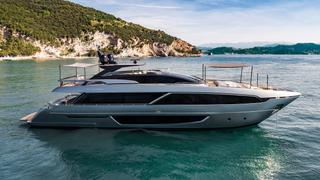 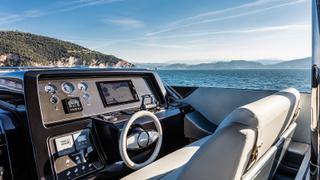 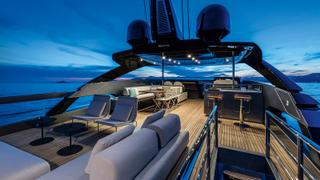 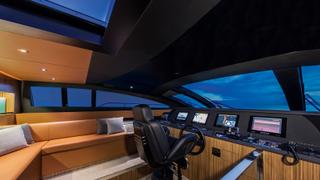 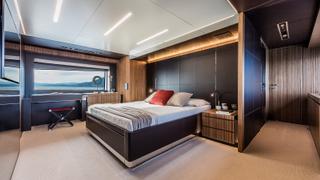 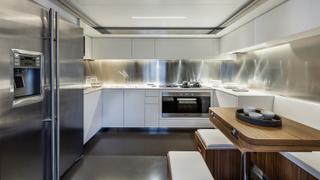 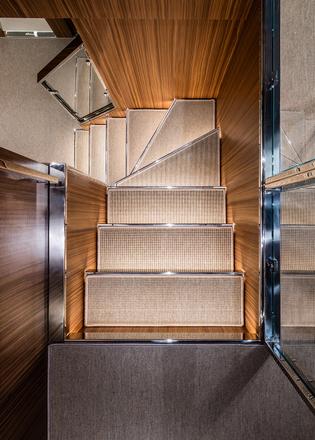 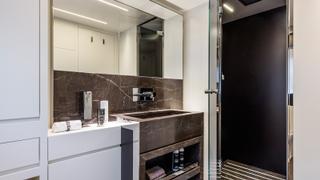 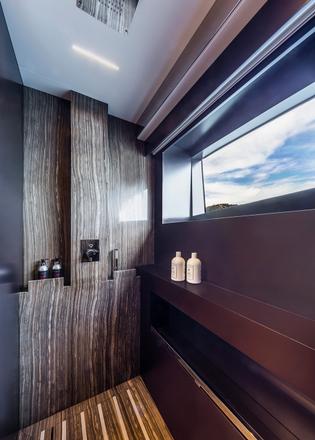 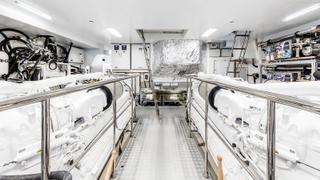 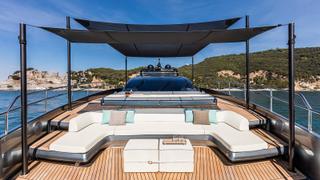 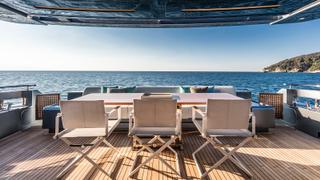 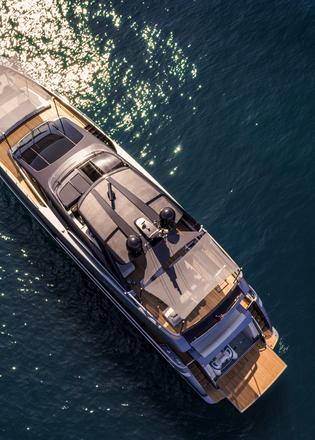 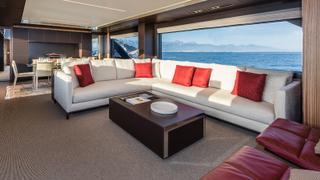 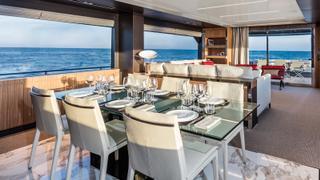 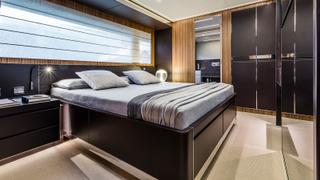 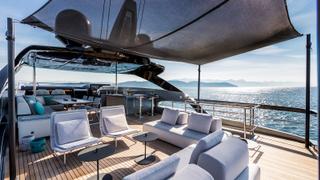 Wild One: The 30m Riva superyacht with serious style

Moored at the Yacht Club de Monaco during the Formula One Grand Prix, Wild One, the second Riva 100 Corsaro, seems to be in the right place at the right time. The svelte, sporty looking new flagship of the Riva semi-custom series fits right in against the backdrop of the Côte d’Azur’s most famous automotive event.

It is difficult to ignore the design paternity of this new 29.9 metre Riva. The Italian shipyard worked closely with Officina Italiana Design, the studio founded by Mauro Micheli and Sergio Beretta, which designed modern incarnations of its famous dayboats including the Aquariva 33, Rivarama 44, Duchessa 92 and the Domino 86.

The Corsaro is a new series but it has the brand DNA of elegance and simplicity. “The main starting point was the exterior design, the yacht from the profile,” says Giordano Pellacani, head of sales and marketing at Riva. “It took almost six months to find the right lines.” Wild One’s profile is a succession of sleek lines emphasised by the grey, black, glass and carbon of the hull and superstructure. This is a sporty motor yacht, a proud successor to the Duchessa 92 series.

Take a closer look at the 30m Riva superyacht Wild One. All photos: Alberto Cocchi

Ferretti Group has dedicated a team of 30 to the production of this tailor-made model. The Riva 100 Corsaro is produced only at the La Spezia facility at the moment, with an annual capacity of seven units. “The first six hulls are already sold to clients from Asia, the Middle East and Europe,” says Pellacani. “The next units available are scheduled for mid-2018.”

Even though the 100 Corsaro is a semi-custom yacht, Riva offers a high level of quality and customisation in its construction. For example, the series boasts a gangway designed to client wishes: on Wild One, it is clad entirely in teak, with stainless steel handrails on both sides. It is beautiful, simple and efficient — as is every detail on board.

From here, the aft deck offers a large dining area protected from the sun and wind. A sliding glass door accesses the saloon, which boasts huge windows, as well as a large white L-shaped sofa by Minotti and two red Poltrona Frau chairs. “They were chosen by the owners,” says Pellacani, as were many other details including the walnut wood, black leather and the matt rendering of the ceilings.

Wild One’s interior, also by Officina Italiana Design, echoes Riva’s heritage again with a mix of wood, leather and stainless steel. “We try to keep it as simple as possible,” says Pellacani, “but we want to let them choose things that are very personal.” Standard colours are soft and timeless, but a large range of furniture, woods, leather, carpets and marbles is available for clients who want to customise details with the help of the in-house designers.

A comfortable dining area follows the saloon, with a glass table by Acerbis International and white chairs by Poltrona Frau for eight guests, and a floor in a light marble from Calacatta Vagli Rosato. Again, clients could adapt this space to their taste, for example with sliding glass doors on to balconies.

All around storage is hidden into Wild One’s décor. There are similarly clever touches everywhere — USB plugs all over the yacht, and access to the lobby via a mirror door that, when closed, gives a sensation of depth to the dining area, and when open seems to disappear against the wall.

Further forward, the two possible layouts for this yacht are most apparent. One for the Asian market features a full-beam media room on the main deck and three double cabins on the lower deck, including a full-beam master suite.

This was the case for the first Riva 100 Corsaro, Bernardette, which was launched at the end of 2016 and recently delivered to Hong Kong. Wild One, in contrast, has a five-cabin layout with a full-beam master on the main deck. This is a first for a Riva, and the result is a large cabin with a walk-in closet, large windows with opening portholes for fresh air and a bright full-beam bathroom with Magic Brown marble and a large shower.

Four cabins welcome the other guests on the lower deck, with large windows and bathrooms in Amani Brown marble. These cabins feel larger than their true dimensions. “The genius of Mauro Micheli is to add mirrors to give deepness,” says Pellacani.

Back on the main deck, the galley on the forward starboard side is generously sized, entirely white and fully equipped with Miele appliances. A small informal dining area here could be used by guests, but also as a mess for the crew. In a corner, a superyacht staircase gives access to the crew quarters below, composed of three cabins for five and a laundry area. Up top, the 4.2 metre curved windows of the voluminous raised pilothouse afford the captain spectacular views forward, despite the yacht’s sporty profile.

As far as you can get from the engine room in every sense, Wild One’s superyacht sundeck is large for a 30 metre, and teak, carbon and stainless steel give it a sporty feeling. It is largely covered by a hardtop and a second helm station is forward to starboard (an optional third one to port is possible) with customised seats on both sides for the captain and guests.

Just behind, and still protected by the hardtop, is a bar and large dining area for eight. Its table is in steel and teak and the owners have chosen chairs by Dedon to complete the corner. The aft part of the deck is a flexible area protected by sunshades with sofas and sunbeds by Paola Lenti.

Other exterior areas include a foredeck lounge, which can also be protected by sunshades, and at the aft end of the boat a large bathing platform, which can be lowered into the water. The garage here houses a tender of up to 4.5 metres and has enough space for all the usual toys.

But it’s the details that make Wild One stand out: the quality of the finish, with the insides of storage spaces and the engine room door treated as carefully as visible spaces. Or the beach club shower, astutely hidden in one of the handrails. With so much to admire, the Formula One racing cars whizz by in more ways than one.

The most classic Riva launches of all time