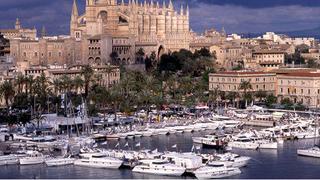 At a time of economic uncertainty, one would have thought that most countries blessed with stunning cruising grounds would be looking to encourage an influx of foreign cash from high-spending charterers. Not so, Spain. It seems that Madrid is too far from the coast to understand the benefits that yachting brings.

The Spanish government wants to raise money and yacht owners are an easy, politically uncontroversial target. Not only is Spain keeping the requirements for charter yachts to have a charter licence and pay matriculation tax, (and in certain cases for private yachts to pay the tax), it is now taking a new letter-of-the-law approach to ensure those without the correct documentation are severely penalised. It has also reversed some of its previous rulings, making it necessary for owners to double-check they have received the right advice, and if necessary to remove their yachts from Spain.

For a while now, the Spanish authorities have been investigating foreign-flagged yachts more closely, as well as those already chartering in Spain. Checks have been undertaken while on passage, at anchor and marina-berthed.

While polite, the officials have clear instructions and seem unconcerned about the immediate damage their investigations are doing to the local economy.

Yachts have been seized until demands for payment are met or, if challenged, funds placed in escrow until the case is heard and decided.

According to the Spanish Federation of Marinas & Yacht Harbours Associations, the inspections and investigations are aimed at value-added tax (VAT), as well as the infamous matriculation tax. Both of which must be accounted for in order for a yacht to charter, and sometimes simply for a yacht to remain in Spain.

Confusion reigns among many owners and brokers  partly because of poor quality (if well-meant) translations of official documents and advice in circulation; the complexity of Spains national and regional system of government and lawmaking; and the lack of uniformity of application nationwide.

To be clear, in order to charter your yacht in Spain, you need to:

Pay the matriculation tax, and

To receive a charter licence, the owner (or a charter management company) must register as a taxpayer in Spain.

The yacht itself must be registered for commercial use, and those under 24m in length overall must be surveyed to ensure compliance with Spanish safety regulations.

Only EU-flagged yachts may be chartered in Spain. It seems that the Spanish authorities are prepared to consider the Isle of Man as part of the UK, but this does not apply to other British flag states.

The matriculation tax is payable by all Spanish residents on their new and used yachts, just as it is on their cars and aircraft, whether chartered or not, when first registered in Spain.

The tax amounts to 12 per cent of the present, depreciated value. Values of many yachts produced on a production-line basis are prescribed, just as they are for vehicles. For yachts not listed and given official values each year by the Spanish tax authorities, the builders invoice (in the case of new yachts) or bill of sale (in the case of used yachts) will provide the best evidence of value.

Matriculation tax will also need to be paid where the beneficial owner lives in Spain for more than 183 days per year or has his or her main economic centre of interest in Spain.

Proof of non-residence in Spain may be required. This can be done by the production of a tax resident certificate from another country.

When the owner of a vessel is a company, the matriculation tax must be paid when the company is incorporated in Spain or the yacht is used by a Spanish resident or company.

As the chartering services will be undertaken in Spain, VAT will be chargeable on the charter fees. The owner or his fiscal representative will have to submit a quarterly VAT declaration and pay the VAT.

Liability can also be avoided when the owner is changing his or her place of permanent residence to Spain  if certain requirements are fulfilled.

Many non-EU owners rely on the 18 month temporary importation concessions in order to avoid paying VAT. However, yachts may not then be chartered. Where owners are able to avoid paying VAT on this basis, they will not be liable to pay the matriculation tax.