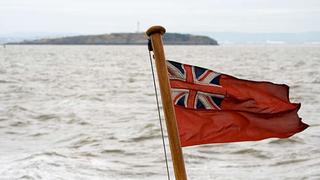 The three simple characters LY3 seem mundane, but some might say that in at least one respect they have saved the superyacht industry from a near-death experience.

At the time of writing this article, LY3 was still in draft, and was set to not only will replace LY2, but it also builds upon the previous proposed LY2 Edition 3, which was released in 2011.

The Large Yacht Code applies to charter yachts 24m and longer and less than 3,000GT, carrying no more than 12 passengers.

LY3 goes a long way toward blowing away some of the doubt that was beginning to cloud yacht-building schedules due to the upcoming requirements of the Maritime Labour Convention 2006 (MLC 2006).

The spectre of the International Labour Organizations MLC 2006 may have many people wondering if new yachts under 150ft could even be built.

Written to protect commercial seafarers rights, MLC 2006 stipulates crew accommodation sizes that would be difficult to fit within the confines of a yacht. Studies show that yacht guests would lose approximately 40 per cent of their space to crew.

And because MLC 2006 does not specifically exclude superyachts, at the time of writing, they are included  and both flag and port states will enforce the regulations internationally. MLC 2006 comes into effect 12 months after 30 member nations sign; with the critical mass reached in August 2012, it is scheduled to come into force in August 2013.

For yacht owners and builders, LY3 brings some really good news, offering some certainty as to what might be permissible for yachts under these upcoming regulations. Recognizing that practicable sleeping accommodations may not easily meet MLC 2006s requirements, LY3 uses the term equivalent  focusing on the intent as opposed to the strict letter of the law.

The 169-page LY3 draft devotes more than 10 pages to the MLC 2006, adding two new sections, 21A and 21B, to implement substantially equivalent arrangements to the crew accommodation requirements of MLC.

Thus, if the cabin shape and bunk placement allows free movement of a seafarers upper body, a reduced free floor area may be provided with the Administrations agreement, but should not be less than one square meter per seafarer.