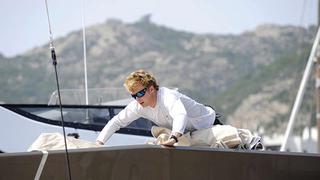 Unlike the MCA Large Yacht Code of 1998 addressing safety, todays regulatory conundrum addresses seafarer welfare, and while its language does not address yacht crew specifically, all yacht owners who wish to charter  i.e. operate commercially  are snared in it. At issue is the Maritime Labour Convention 2006 (MLC), subtitled The Seafarers Bill of Rights.
The 2006' in that title means that its wording was already approved years ago by the International Labour Organization (ILO), a component of the United Nations, and is now in the ratification process. No changes or amendments can be made until after ratification by 30 member nations is complete  and with the critical mass being achieved in August 2012, currently the MLC 2006 will come into force in August 2013. Because yachts operating commercially were not specifically excluded, they are included in the rule.

First, issues of crew welfare  from taxes, to time off, to medical care  will apply to all crew of all legally chartered yachts, regardless of when they were built.

Second, all yachts built after ratification destined for commercial (charter) service will have to meet mandates addressing the physical arrangement, size and number of crew spaces.

Both of these regulations come into effect in August 2013 now the minimum number of countries have signed the accord.

Primarily, its purpose is to force improvements in the accommodation, working conditions, medical care, employment rules and welfare of commercial mariners, an estimated 1.2 million or more seafarers toiling aboard more than 50,000 commercial sea-going vessels over 200GT, and vessels under 200GT but over 24m.

If the yacht industry had been listening from the start, it might have asked the ILO if it really meant to include yachts in the group and yacht crews as mariners in February 2006 when the MLC was adopted with 314 votes in favour and no objections.

The word yacht, notes Michael Breman of builder Lürssen Yachts, does not appear in the wording of the document, either as it relates to their physical working and living spaces or to the sections that relate to benefits.

Cleopatra Doumbia Henry, ILO labour standards director, confirmed those responsible for creating the MLC never considered the worlds 4,000 or so large yachts, how they differ from cruise ships or tankers, or that yachts spend considerable time in port.

In fairness, immediately after adoption of the MLC in 2006, the British MCA as one flag state, indeed the flag state most associated with yachting, established a working group including representatives of seafarers and ship owners to consider the particular situation of large yachts and their difficulties at meeting the requirements. Soon a Large Yacht Subgroup was working diligently on the problem.

What they quickly discovered was that if the MLC rules are applied as written to all new superyachts designed for commercial service under 3,000GT (the point at where SOLAS takes effect), on certain sizes of yachts there will be more interior space mandated for the crew than available to the yacht owner and guests.