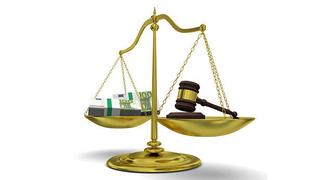 What are the tax implications for superyacht owners?

Tax and customs authorities throughout Europe, and further afield, have universally declared war on clever tax avoidance structures. Most recently, the G20 in Russia have set themselves the goal of neutralising the ability of tax payers to avoid paying tax where it is due. Arbitraging one set of national tax rules against another set will be stopped.

Layered upon this is a political imperative which has created an atmosphere that taints tax avoidance with moral repugnancy. The G8 summit in June cast aggressive tax planning as immoral. To avoid taxes which, if a person were transparent in their business affairs they would, as a matter of course, pay, but they do not because of an opaque organisation of their affairs, is not a good thing.

If structures are layered with complex inter company relationships, no matter who signs it off as technically legal, be sure that if there is no objective commercial rationale for the structure, it will be open to question. The tax will be demand and there will be no option of being differently tax efficient.

Buoyed by support from the European Court of Justice, the EU tax authorities see themselves as Julius Caesar and they have crossed the Rubicon, which distinguished evasion and avoidance and are set to defeat those, like Pompey, who represent the old ways. There are also renewed vigorous policy bombardments against offshore centres. Not yet, but given that now to charter in Europe you must register for VAT in centre from whenst you commence charters and must have a fiscal representative in that jurisdiction, it will not take long before the obligation for VAT registration will extend to registration for corporation tax and thus bringing all superyacht business onshore.

Whether this is a good or bad thing is not for me to say, but suffice it to say it would require a global shift in policy to reverse this trend. Let us not forget, this is not a concerted attack on superyachts. We are a fleet of approximately 5,000 vessels caught in the cross fire of the publicity brought about by Starbucks and Amazons tax affairs.

this is not a concerted attack on superyachts. We are a fleet of approximately 5,000 vessels caught in the cross fire of the publicity brought about by Starbucks and Amazons tax affairs.

The most recent superyacht skirmish saw the defeat of the French Commercial Exemption at the European Court of Justice. France has withdrawn its blatant flouting of the Sixth Directive and she has fallen into line, almost, with the rest of the EU, by declaring that VAT will be charged on charters commencing or ending in France.

There are commentators and local advocates of superyacht industry in France who claim that the effective rate of VAT will not be 19.6 per cent but less than 10 per cent on the grounds that only that portion that is inside French territorial waters will be subject to VAT.

If less than 19.6 per cent is collected by an owner for the French state, how will another EU customs authority respond? Is this a distortion of the EU superyacht charter market? Will France be forced to collect the full 19.6 per cent unless you can conclusively prove the charter was outside France? My guess is that eventually the assumption will be made that 19.6 per cent must be collected, thus requiring the superyacht owner to make an almost impossible case to reduce the VAT.

We are not there yet, but as VAT falls upon the owner to collect, will owners risk not collecting the full 19.6 per cent in the hope that the French authorities do not attempt to claw it back later? A very difficult commercial judgement call and an impossible legal conundrum.