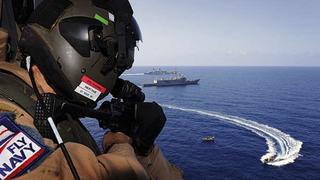 With the media seeming to delight in stories of violence and piracy on the high seas, security issues are at the forefront of the minds of many superyacht owners.

The Gulf of Aden, Red Sea and even the Seychelles are known as high-risk areas (HRAs), but with the attack on the 55m Tiara off Porto-Vecchio, Corsica, piracy is no longer just the concern of those choosing more remote cruising grounds.

Piracy is defined as ship-to-ship assault or robbery, separating it from shore-based theft. The very name conjures images of bloodthirsty attackers and strikes a note of fear. But just how real is the threat and how seriously should the superyacht community be taking it?

At Boat International Media’s Superyacht Design Symposium in 2009, a presentation by Paul Cook, managing director of International Superyacht Management and Advanced New Technologies, and Philip Cable, co-founder of Maritime Asset Security and Training, gave a chilling insight into the ‘platinum era of piracy’, as Cook calls it. ‘It hasn’t happened to a superyacht yet, but it could do today or tomorrow,’ he warns.

Although the pirates have concentrated on commercial vessels, they have targeted superyachts in the past. In 2008 the 88m Le Ponant and the Carre d’As were both attack and seized by pirates, and their crews held hostage.

The 52m Alloy Yachts sloop Red Dragon regularly transits through the Indian Ocean and in 2008 the pirate threat became a reality for her crew.