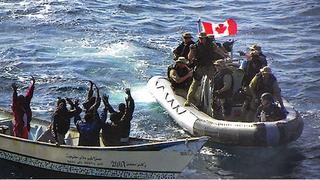 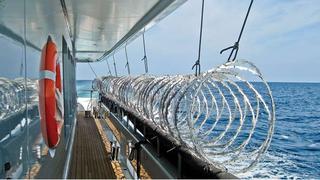 Superyacht Security: Is it necessary or desirable to arm crew?

Somali pirates currently hold 113 hostages, according to the IMB Piracy Reporting Centre. In the last few years, these aggressive pirates’ reach has grown from offshore Somalia to across the Arabian Sea and even into the southern Red Sea, with nearly daily attacks on commercial ships and several tragic situations involving private cruising boats.

On the other side of the world and crime spectrum, this past winter has seen a rash of yacht intrusions and burglaries at a popular Caribbean megayacht base.

Despite the risks that piracy presents, whether security personnel should be armed remains one of the most contentious issues of anti-piracy security. The International Marine Organisation responded to the increased use of armed private security on yachts by issuing circulars providing guidance to masters and owners on the hiring, use of such security forces, and the preparations and contingencies that must be made. Yet while most American yachts don’t think twice about using armed security, many European operators tend towards a non-armed approach.

Captain Ben Marshall, of Red Dragon, is unequivocal: ‘I would not go through the Gulf area without armed security… I’ve never had any problems in port, so long as the weapons are correctly registered and declared, no one bats an eyelid – they think you’re being sensible.’

So what’s a yacht owner to do? Should you carry a weapon on your yacht in case of an attack or intruder?

The answer starts with a risk assessment, says William Watson, the Washington DC-based vice president of government affairs for the Maritime Security Council and deputy commissioner of maritime affairs for the Marshall Islands Registry.

‘We advise that the decision of whether or not to carry arms aboard should be part of a larger overall risk analysis. For example, just as cruising entails preparation so should there be a planning process for security. Questions to consider include, “What is your itinerary?” and “What do you plan to do?” In other words, what is crime like in the area where you will be cruising and how much of a target do you represent?’

The US State Department website is a good place to start. It has travel information for every nation in the world, including country specific travel alerts and warnings about crime, as well as updates on other volatile situations such as wars and natural disasters. For yachts that represent a high-target risk, there are many yacht security consultants that specialize in providing intelligence and risk assessments.

The next consideration is port state restrictions. Some countries don’t allow entry with a weapon on board or require a certain protocol in handling weapons. For example, firearms must be declared on arrival to any port in Italy and non-declaration means imprisonment.

Yachtsmen visiting Fiji must also declare all weapons, then hand these weapons over to authorities for the duration of the port stay or risk a prison sentence; they then need to notify port officials of their time of departure so that the weapons can be returned one hour prior. Firearms also will be held by customs for the duration of a yacht’s stay in the Cayman Islands unless the vessel is fitted with a safe that can be sealed. Yachts entering Mexican waters require a permit to carry firearms and/or ammunition issued prior to arrival through a Mexican embassy or consulate.

The onus is on the captain and owner to understand the weapons restrictions for each country on their itinerary, as one captain of a 22m Viking found out the hard way when he accidentally ‘introduced weapons to Mexico’.

He did not have the requisite permit but he had dutifully declared the owner’s private stash of weapons – a pistol, a 12-gauge shotgun and a rifle – to customs authorities upon arrival. But in Mexico, customs do not have the authority to regulate firearms. The department that does, the Ministry of Defence, later searched the yacht, which led to the captain’s detainment in prison and the seizure of the yacht for four months.