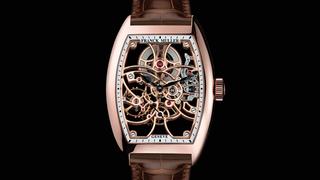 It may be a name better associated with supercars than superyachts but Top Marques has just announced its first ever dedicated watch exhibition is to take place during the Monaco Yacht Show 2015.

Housed in the Salle Belle Epoque at the luxurious Hotel Hermitage, the inaugural show will exhibit only fine watches and jewellery and follows on from the unprecedented success of the Top Marques Monaco supercar show, which this year attracted over 42,000 visitors.

Being staged over two days of the Monaco Yacht Show, the exhibition is supported by the Edmond de Rothschild Group, Burgess, the Societe des Bains de Mer, Knight Frank and Monaco Disease Power. With influential brands such as Franck Muller - who recently announced a collaboration with the Italian Sea Group – already signed up, the event represents the coming together of some of the most powerful names in the superyacht, jewellery and luxury industries.

A total of 15 brands will be present at the exhibition, which kicks off on 24 September with an invite-only casino-themed cocktail party where guests will be able to try their hand at black jack and roulette provided by the Casino de Monte-Carlo. Top Marques Watches will then be open to the public free of charge with every item on display available for purchase.

Often thought to be the most important event in the nautical calendar, the Monaco Yacht Show has long been a hub for luxury brands wishing to expand their client base in the superyacht market. Other top picks this year include summer must-haves from Sabrina Monte-Carlo and three outstanding new Lightscape furniture launches from Linley that will be on display during the Monaco Yacht Show.