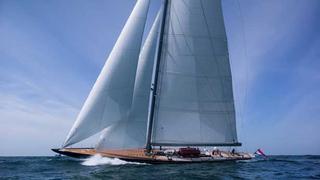 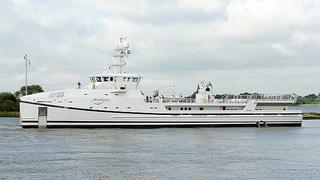 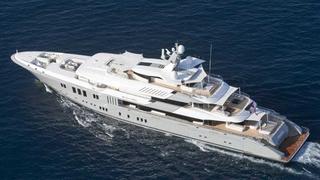 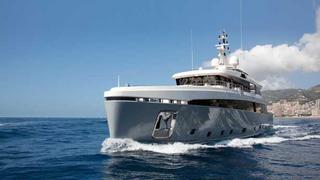 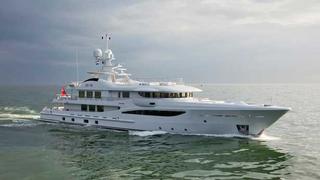 Our preview of the 2011 Monaco Yacht Show continues with five more of the best yachts visiting the event. Dont miss Holland Jachtbouw'sJ Class beauty Rainbow, or the 1950's-style glamour onboard Nobiskrug's73.51m Mogambo.

A replica of her 1934 namesake, the 2012 launch of 39.95M Holland Jachtbouw Rainbow is the latest sloop in a glorious J Class revival. Rainbow, which combines new technology with classic style, can reach 15 knots under sail and sleeps eight guests.

The Amels Sea Axe concept has found a new flagship with this 67.15m, launched by Dutch yard Damen Shipyard's the largest Sea Axe yet. Packed with toys galore, capable of 25 knots and looking pretty mean into the bargain, Garçon is a must-see. She offers 360m2 of deck space, has a helipad fully certified for helicopters up to a take-off weight of 5,000kg, and can accommodate 21 crew. She was sold, and project managed during her build, by Moran Yacht & Ship.

Reymond Langton Design seamlessly combined a subtle African theme with 1950s glamour for the interior of this 73.51m 2012 Nobiskruglaunch, while its exterior styling is distinctly masculine. Mogambo sleeps 12 guests and features wide open spaces inside and out, including a sundeck with gym, spa pool and alfresco cinema. Mogambo is also availble for charterand is managed by Hill Robinson.

With an near-vertical stem bow, a sleek Tommaso Spadolini exterior and a cool, modern Rémi Tessier interior, this 45.37m 2012 Rossi Navi launch has a futuristic edge. She sleeps 12 and features a 70m2 aft deck.

Step One is the first Amels Limited Editions 180, and Tim Heywood has managed to enlarge the saloon considerably over the 171 and 177 models. The 55m was project managed by Moran Yacht & Ship.