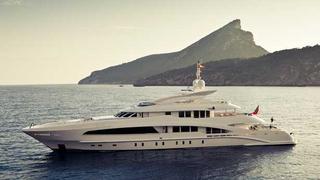 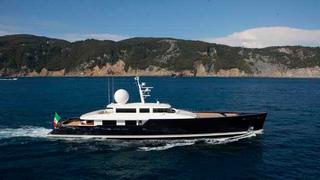 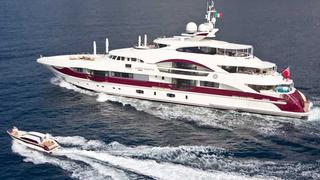 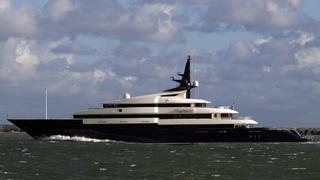 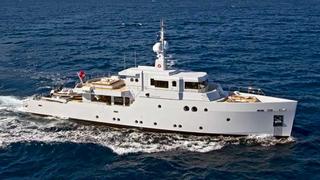 With so much on offer at one event, deciding what to see can be difficult. We’ve helped to narrow the field by selecting 25 extra-special superyachts that should be on your list and offering you five a day, every day until Friday. Today’s picks include the uber-cool Satori, whose name has its origins in a Buddhist term for enlightenment, the ice-classed Galileo G, designed to transit the Northwest Passage, and the 36m pocket explorer Nomade, which minimises interior space to create extravagant amounts outdoors.

The debut boat in Heesen’s 50m semi-custom series, _Satori’s _sporty lines combine the exuberance of the 37 Metre Series with the decorum of a larger yacht. Finished with a typically ‘pure’ Rémi Tessier design, this is a very zen superyacht that shouldn’t be missed.

Following hot on the heels of the award-winning contemporary explorer yacht Exuma, the Perini Navi Group’s 55m Vitruvius project marks another milestone for the Picchiotti yard, as the yacht features the marque’s first ice class hull, designed to transit the Northwest Passage. A long, thin hull and minimal superstructure belie an interior volume of around 725GT. Range is expected to be 9,000 miles at 11 knots.

This 55m from Dutch yard Heesen offers luxurious accommodation with a modern interior style. A desire for spaciousness and sea views throughout mark this airy, high ceilinged semi-displacement yacht – the yard’s largest launch to date.

One of the largest yachts on display, this 86m Oceanco, designed by Nuvolari-Lenard, Azure and the Wright Maritime Group, should be on your must-see list. Her private owner’s deck has a large master cabin featuring a study and a deck area with a pool.

This modern 36m pocket explorer from Tansu Yachts employs a simple premise — to minimise wasted interior spaces and maximise deck areas. The result is a vast aft deck that, with the tenders launched, becomes a huge beach and watersports area. Interior styling follows a white-and-oak beach house theme, and she has one of the best wheelhouses we’ve seen. A real gem.

Nomade is listed for sale by Fraser Yachts asking €9.1 million.