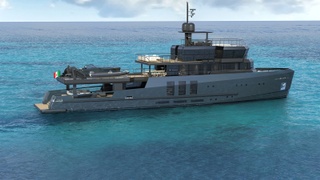 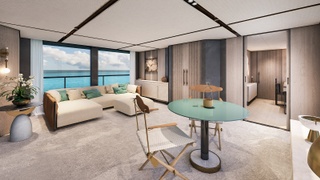 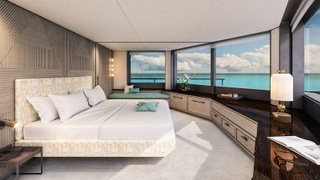 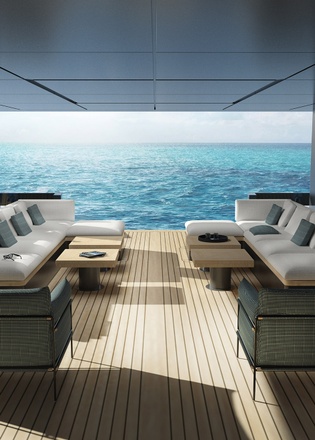 Designed by Italian studio Santa Maria Magnolfi, the explorer has been described for an owner that enjoys fishing and sailing smaller boats. The concept focuses on “seaworthiness, comfort and safety”, the yard said, making it suitable for use all year round in any climate.

The interiors will feature large glazed surfaces, creating a space flooded with natural light and will also be decorated with a series of objects originating from “faraway countries”. The yard likened the space to a “captain’s logbook”.

Interior materials will include Italian marbles and exotic woods which will contrast with Moroccan straw mats and Indian silk fabrics.

The adapted concept is the "sportfisherman version", according to the yard

The yacht will feature a 58 square metre private owner’s deck equipped with a dining and sunbathing area. The yacht’s winter garden, which can be used as a TV room or saloon, sits between the aft area and full beam saloon. The sundeck will be furnished with sofas and sunpads and also features a bridge house, which can be used by guests as a wildlife observation point.

The exterior deck space is large enough to accommodate an 8.5 metre sportsfishing boat as well as a six metre rescue tender. Furnished with “simple, functional furniture”, this area can also be used for “glamourous parties”, the yard said.