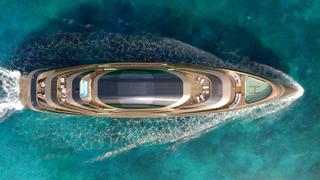 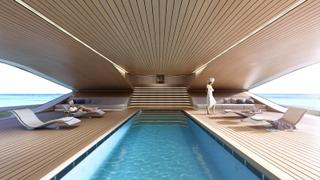 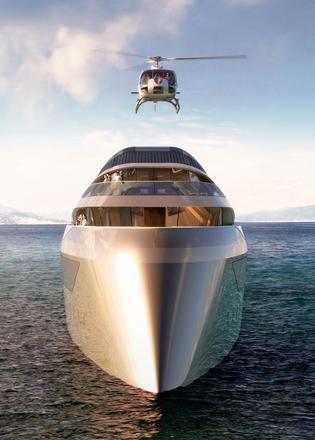 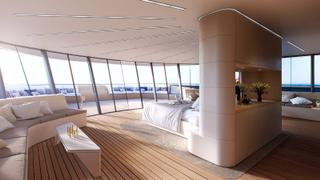 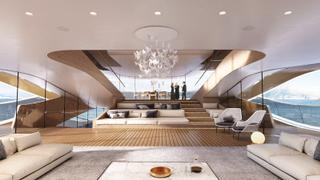 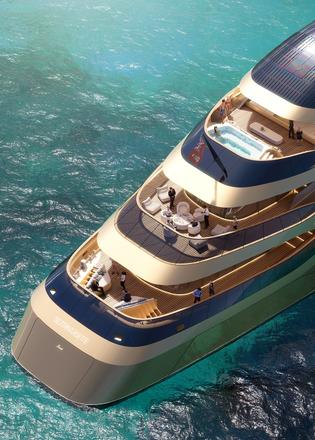 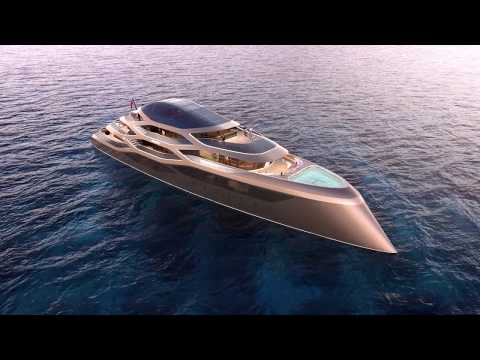 Benetti teams up with Fernando Romero for Se77antasette

Developed in collaboration with influential architect Fernando Romero, this dramatic design features complex structures that break down the visual divisions between decks.

Vincenzo Poerio, CEO of Benetti, said: “Se77antasette elevates yachting to a higher dimension than we have ever seen before, born from the decidedly innovative essence of this project — a perfect union between the two different worlds of yachting and civil architecture.”

Key features include the skylounge with its augmented reality entertainment system and the superyacht spa, which can be opened up to the elements or completely sealed off as required. Here guests can choose to take a swim in the freshwater pool, enjoy a relaxing massage or exercise in the gym.

Take a closer look at the Benetti concept Se77antasette

Owners who wish to conduct business on board can take advantage of an area dedicated to this purpose, complete with 270-degree views out to sea. The foredeck is another notable area, with a 1.5 metre deep swimming pool and a helideck suitable for landing an EC145.

However, the star of the show is the double-height saloon — a highly versatile space at the centre of the yacht that can be transformed into a dining area, home cinema or disco.

Se77antasette's design artfully blurs the boundaries between the decks

Accommodation is for 12 guests split between seven cabins, including a main-deck master suite that measures 100 square metres. Two VIP cabins and four further guests cabins are situated on the lower deck, while the crew quarters allows for a staff of up to 19 people.

Benetti adds that Se77antasette would be powered by a twin 2,145 hp diesel-electric engine set-up for a top speed of 16 knots and a maximum range of 5,000 nautical miles at 12 knots.

Other superyacht projects currently under development at the Italian yard include the recently sold 63 metre Project Balance, which is due to hit the water next year.