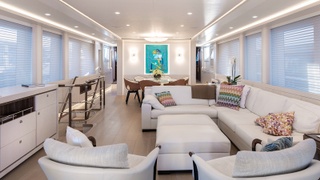 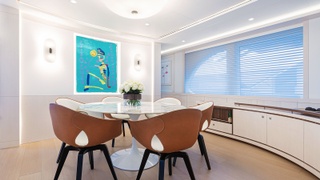 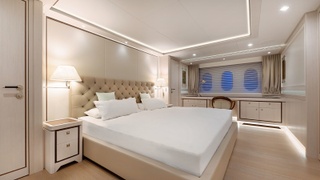 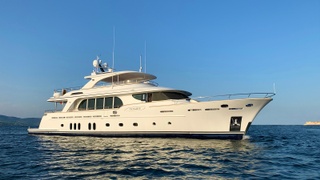 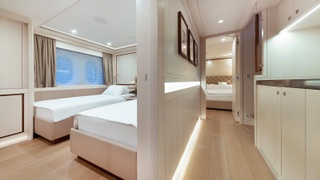 Italian yard CCN has revealed more details about Vanadis, the first model in its line of hybrid propulsion yachts.

The 31 metre displacement yacht, which is named after a goddess from Norse mythology, was delivered to its owner in May last year. Vanadis is also the fourth model in the yard's Fuoriserie fully custom line.

Interior and exterior design comes courtesy of Guido de Groot, while the naval architecture has been penned by Ginton Naval Architects.

The yard described Vanadis as embodying a "timeless, classical and elegant style" that "goes beyond current design trends".

Speaking about the project, De Groot said: "Both the exterior and the interior layouts have been fully customised to the owner’s needs and wishes, resulting in a highly functional, comfortable, stylish and sophisticated design”.

The interior layout features accommodation for six guests in a master stateroom and two guest cabins on the lower deck. The saloon, dining area and open galley meanwhile sit on the main deck. Key materials include "bleached ash and walnut" while custom made furniture and furnishings have been selected by the owner.

The interior is described as "very bright" thanks to "large glazed surfaces" and "light colour shades". On board safety has also been heavily incorporated in the design, with handles "in-built into the interior structures and furniture".

Power comes from a pair of CAT C9.3 engines for a top speed of 12.5 knots. However, the yacht is also equipped with two Schottel STP 150 FP azimuth thrusters and an electric engine for lower consumption and limited environmental impact. In electric mode, the yacht has a cruising speed of eight knots.

The yacht features two pilot stations; a covered bridge and station on the flybridge, which is described as “entirely devoted to outdoor life”, with sun loungers, a bar and dining area.

“We want to be pioneers in promoting a cultural revolution that we deem essential to truly respect our planet. “Green technology” is the way ahead our shipyard has chosen for the future,” he said.