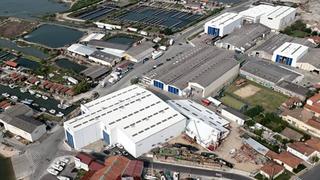 The Vial family, owners of the group since 2009, sold its entire share in Couach to Nepteam, a company headed by Christian Chevalier and owned by local industrialists anxious to save this industry in the Arcachon area.

The company had been for sale since spring 2011, but Fabrice Vial's death this summer undoubtedly precipitated the change of ownership.

The sale includes CNC's yacht-building activity, which is mainly based in the historical yard in Gujan-Mestras near Arcachon, its production of patrol and work boats under the name of Plascoa, and its refit business based in Saint Mandrier near Toulon.

Nepteam will retain Couach's employees and will develop the refit business in the Mediterranean. The company also plans to develop new technologies (materials, propulsion, etc) for its future boats.

CNC has recently launched its latest 2300FLY, a 23 metre motor yacht. Next in line for launch is the new flagship, CNC's first 50 metre, which is scheduled in a few months.