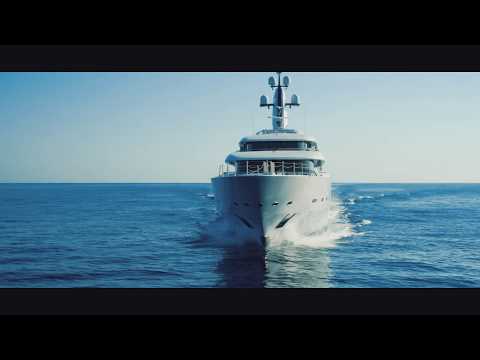 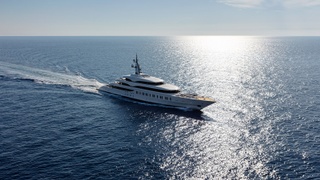 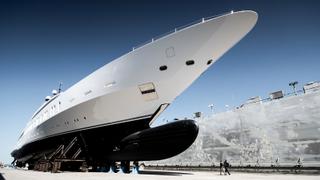 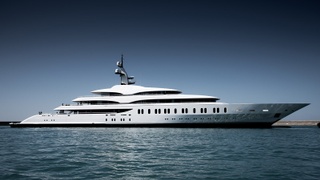 The 108 metre yacht was handed over to its new owners on July 26 following four sea trials and has now left the Livorno based yard. It comes after the yacht became the third and final 100m+ Benetti superyacht to hit the water for the first time in March.

It followed the launches of FB277, in December last year, and FB272 in February. The delivery of FB275 comes ahead of 107 metre FB277, which is expected to be delivered imminently, and FB272, which will be delivered in the second half of the year.

Speaking about the delivery of FB275, the largest boat ever to be built by the Italian yard, president and founder of the Azimut-Benetti Group Paolo Vitelli said the milestone was well ahead of schedule.

"Today we completed this delivery 40 days before the due time," he said. "We have made the owner, his captain and his team extremely happy and proud of such a real masterpiece."

Built from a steel hull and aluminium superstructure, FB275 has a beam of 14.5 metres, five decks and a 4000GT volume.

"Many years in development, the exterior lines were created to portray a purposeful and powerful stature yet with a timeless, flowing silhouette," he said.

"Significant engineering accomplishments on board, coupled with such an elegant exterior form, masterfully crafted by Benetti creates a unique statement of which RWD's whole team are incredibly proud."

Benetti remains tight-lipped about the interior design. However the captain did previously divulge however that it is "clean and light to the owner's wishes". Accommodation is for a total of 22 guests and 29 crew.

Designed with the ability to cruise for long distances without needing to refuel, the yacht has a range of 6,500 nautical miles at 14 knots.

More than 1,000 square metres has been dedicated to exterior spaces which include an observation deck, 1.5 metre fire-pit and heated swimming pool on the main deck.

Two tenders of 14 metres each can be stowed on the foredeck, while another 10 metre tender can be stored in the yacht's lower deck located garage, alongside up to eight Jet Skis.