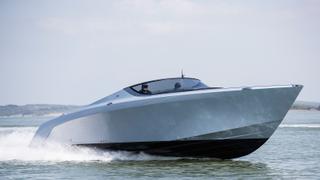 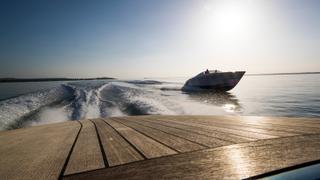 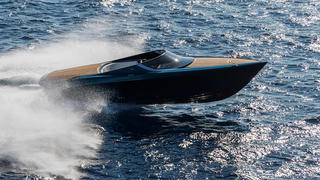 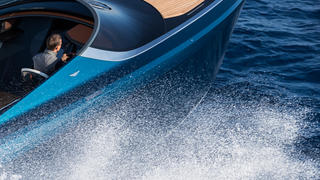 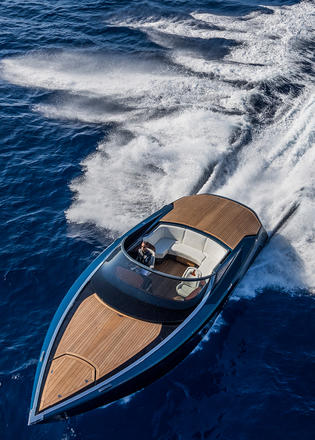 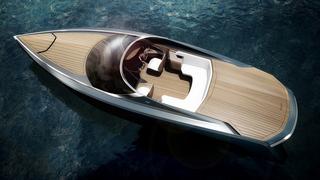 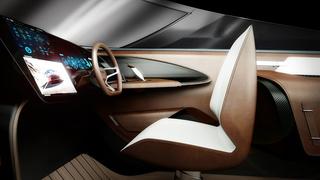 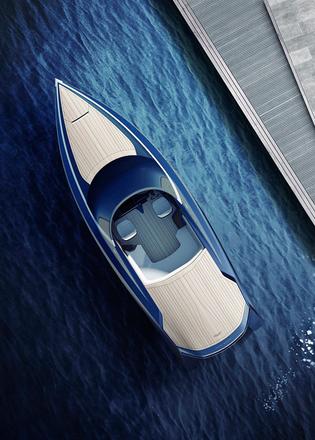 Quintessence Yachts has announced that the owner of the first Aston Martin AM37 sportsboat has taken delivery. This 50-knot speedster will be based in Miami.

The British yard revealed that the owner had taken full advantage of its Q by Aston Martin bespoke service, customising the interiors with Baltic blue and cream truffle upholstery and flashes of chrome to compliment the Mako blue hull finish.

Mulder Design and Aston Martin worked closely on the design to make sure it is delivered as both a driver's boat and thing of beauty. Speaking at last year's Monaco Yacht Show, where the AM37 prototype got its public debut, Marek Reichman, Aston Martin's director of design, said that sports cars and speed boats were “inextricably linked” and that the AM37 is "like a breath of fresh air". He added that its "simplicity of design, purity and use of materials" singled it out.

Ben Collett, production director at Quintessence, added that the AM37 will “truly embody the Aston Martin brand, not only in terms of design but also production quality”.

“In addition to our own highly skilled team, we’ve chosen to work with a few key Aston Martin suppliers in order to get the same level of handcrafting and technical know-how," he continued. "Moreover, the materials we use such as leather, metal, glass and wood are all authentic to reflect the brand values."

The firms have revealed that the AM37’s unique sliding deck and collection of on-board computer technologies allows for the cockpit to be covered after a day out on the water, protecting it from the elements and uninvited guests.

The deck consists of three carbon panels that can be operated by the electronic command of the AM37 key, folding under the aft deck to uncover the cockpit. Once the cockpit is open, the aft deck slides back to facilitate access to the dock and allow those on-board to easily dive into the water and open the swimming ladder.

See the AM37 on the water

The deck can also be raised to give access to the engine room, storage compartments and bimini top. This unprecedented, user-friendly feature removes the need to store all gear and furnishings at the end of each day. With a simple click of a key, owners will be able to close their boat and leave it ready for the next ride.

The AM37 is further enhanced by its technologies: the air-conditioning, fridge and espresso machine can be started on remote while still at home or driving to the marina.

The boat also features integrated navigation, control monitor and entertainment systems, with advanced multimedia functions and interactive voice control. The user interface of the multimedia and entertainment system is installed in the 15-inch HD touchscreen on the dashboard. There is a dedicated display for monitoring engine status and navigation.

See the renderings of the Aston Martin AM37

This 11.28 metre dayboat was built in resin-infused composite at a facility near Southampton, with structural elements made in carbon fibre.

Quintessence Yachts adds that a highly bespoke version of the AM37 is already under construction and her owner plans to use her to cruise the Swiss lakes.

CEO Mariella Mengozzi concluded: “With so many options available to our clients we are confident that there will never be two identical AM37s."

The Best James Bond Movie Locations to Visit by Superyacht