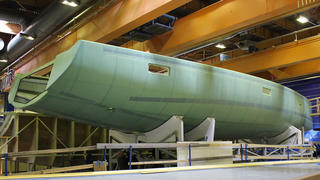 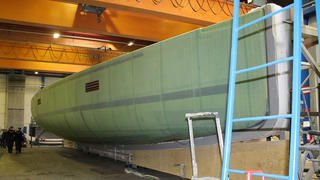 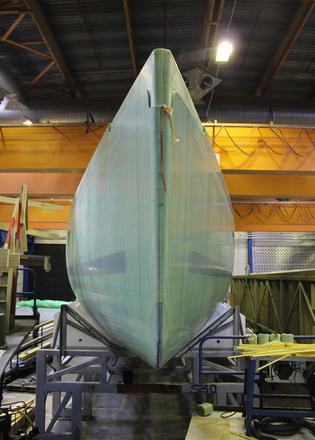 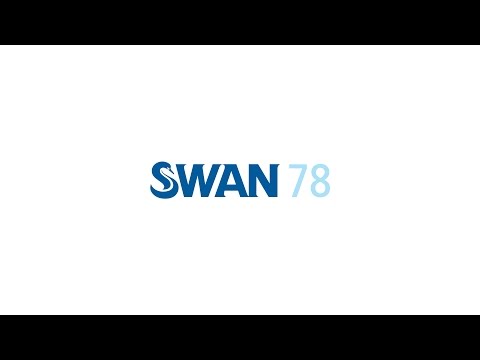 Finnish yard Nautor’s Swan has revealed the first in-build photos of its new Swan 78 sailing yacht series. Developed in collaboration with German Frers this 23.99 metre yacht is proving popular already, with two hulls sold to first-time Nautor’s Swan owners in December 2016. Delivery is scheduled for spring 2018, and as these new images show, the first hull has left the mould.

Enrico Chieffi, vice president at Nautor’s Swan, added: “We can strongly affirm that more than ever, we are investing in developing new, innovative, beautiful, seaworthy yachts and the market is increasing quickly for us.”

The Swan 78 features a beamy hull form and a modern, uncluttered deck layout with simple sail handling solutions, such as five electric winches close to the helm stations — ideal for owners who enjoy cruising with a minimal crew.

The cockpit includes two C-shaped settees, each with its own table, and a wide sprayhood, while the large opening transom can create a swim platform measuring four metres wide.

The Swan 78 comes with twin rudders and a telescopic lifting keel, although the yard points out that fixed deep and shallow keels are also available.

The layout can be customised as well, with the owner’s cabin situated either in the bow or in the transom. Both configurations include a spacious main saloon amidships, two twin cabins and a double cabin, allowing for a total of eight guests. Meanwhile, the ample crew quarters allows for a staff of two.

Headquartered in Jakobstad, Finland, Nautor’s Swan is led by group executive chairman Leonardo Ferragamo, who spoke extensively about his career during his keynote interview at the 2017 Superyacht Design Symposium.