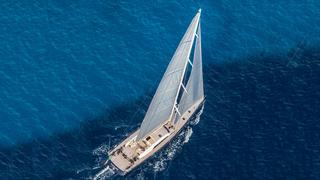 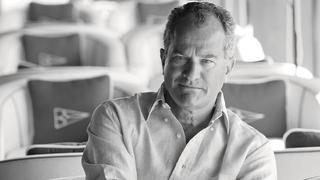 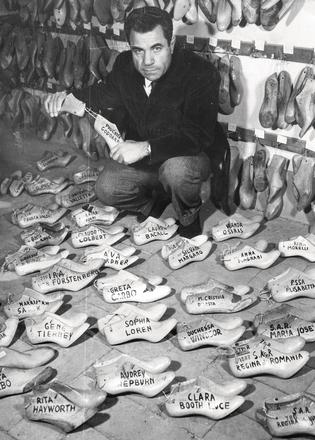 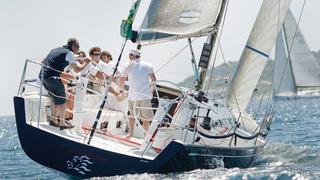 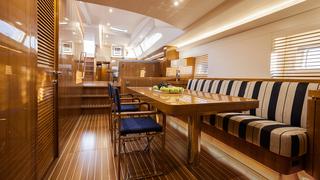 Opportunism runs thick in the Ferragamo family blood. When the 1929 crash abruptly brought the United States to a halt, Salvatore, a young Italian who had been wooing Hollywood with his shoe-making skills, quietly packed his bags and returned home. A couple of years later, despite Mussolini’s sanctions, his newly created “wedge shoe” – involving a heel made of solid cork – was so popular that it allowed him to buy parts of the Palazzo Spini Feroni, a majestic, medieval palace in the heart of Florence. No sooner had WWII ended than Salvatore’s revolutionary metal stiletto heel and gold sandals took off – with a little help from Marilyn Monroe – enabling him to buy the whole Palazzo and, more crucially, symbolise Italy’s return to life via what it had always done best: design.

The Palazzo has remained the Ferragamo HQ ever since, and design the bedrock of the family brand as it has grown through subsequent decades to include a diverse and ever-expanding portfolio of accessories, men’s and women’s wear, and hotels. The fifth of Salvatore’s six children, Leonardo, 62, also has a passion for the sea – and for yacht-building.

Like his five siblings, Leonardo has devoted his life to the family business (they all remain shareholders) and held various senior roles, including taking charge of, and rapidly expanding, its men’s shoes and leather goods empire.

He has also bought a controlling interest in the Finnish boatbuilder Nautor’s Swan. By 2000, the avid sailor was the chief executive officer of Palazzo Feroni Finanziaria SpA, the holding company for the family’s diverse businesses – and already owned two Swans. The chance to mix business and pleasure was, it seems, too good to miss.

We are sitting around a large table at Ferragamo HQ, an office that has become so big that the family had to buy the next door buildings as well. Ferragamo’s heritage is never far from sight – giant frescos of shoes meet the eye on entering the lobby – but Leonardo’s boat lair on the first floor is suffused with his passion for sailing, from the replica of a room-length Camper & Nicholsons painting of yachts on the Solent (the original is housed in Leonardo’s home: Nautor’s Swan bought the company in 2001), to the model-sized Flying Dutchman on which Leonardo learnt to race, aged 15, and which he still owns.

This immaculately dressed CEO is fizzing with energy today, thanks to his excitement about his next meeting. After our interview he will fly to Porto Cervo to meet Solleone, his newest, boldest and most exciting yacht to date: his 115 Swan, delivered only weeks ago.

“This boat has a lot of meaning,” he says. “To me it represents the pinnacle of the Swan production and is one of the most advanced and well balanced Swans ever built. I love the straight lines from the maximum beam to the stern, the double rudder, the elegance, the technicality. It has a very modern performing line, but at the same time it retains the Swan elegance. I also think that the interiors are astonishingly beautiful.”

As with all Leonardo’s yachts – and the hotels that Ferragamo also owns, a division run by Leonardo’s younger brother Massimo – Michele Bönan is the man to thank. Leonardo initially came across him in the pages of Architectural Digest. “We started the hotel side of the business in 1996 due to a desire to extend the experience you get from Ferragamo fashion,” says Leonardo. “So the design, obviously, had to be coherent with our lifestyle. At that time hotel design was very repetitive, very beige, and we really wanted to create a feeling of home. Just as I do on my yachts. So that was when I started looking at lifestyle magazines and came across Michele, a fellow Florentine and an architect. So if you are looking for the feeling of Ferragamo at Nautor’s Swan, you most likely find it in some of our interiors.”

Solleone is Leonardo’s seventh Swan, her name derived from merging his own name with those of his eldest two children, Maria Sole and Edoardo. She is the second-largest Swan yet built and the result of a two-year dream. His race boat, Cuordileone (Lionheart) is a Club Swan 42, its moniker a nod to the name of his third child, Ricardo. And his fourth child, Martina? “Well, I have to sort that one out!”

It is not by chance, says Solleone’s owner, that she has been delivered the year before Nautor celebrates its 50th anniversary. “It represents the future and by that I am not just referring to its size. The mission has always been to bring this iconic brand into the third millennium, by building on Swan’s philosophy – less revolution, more evolution.

“I came to the company with an immense respect for what they do. The first time I went to visit the yard in Finland was as an owner of my first Swan 51, 10 years before my involvement in the business, and I was amazed. This was not an industry but a conglomerate of craftsmen. They work with their hands, passing on their talent from generation to generation; these are the same families who built ships for some of the greatest navies in the world: the British, the Scandinavians. So I wanted to treasure that, and add strong direction, new skills only where gaps needed to be filled.”

Fortunately for Leonardo – and for Nautor’s Swan – this ability to treasure the old and keep it not just relevant but forward-thinking, was something that had been ingrained in him since childhood. “My father left his children with an amazing heritage – not just the name, but a tangible product, and 14,000 different shoes and sketches and silks, which are now housed in our museum and archives that we have always treasured and referred back to.”

The skills and abilities at Ferragamo have also proved a very smart fit with this northern sensibility of craft, says Leonardo. “The Italians are all about marketing, style, elegance and aesthetics, but of course we share a love of yachting. We may not have been building navies but we have one of the most wonderful water basins in the world, so our attitudes were very complementary.”

In every respect? “Well, aside from one,” he smiles. “That of pride! Both the Italians and the Finns are full of pride. And when pride gets in the way, it becomes like a stone in the wheel!” He has therefore seen his role more as referee than CEO, carefully guiding the company to a turnover of €60 million. “The upside of pride,” he says later, “is that it injects an extra energy to make something extra special, and better than anything else.”

Although Salvatore was not a boating man, Leonardo’s love of the sea started at a young age, he says, thanks to his older brother Ferruccio’s passion for racing. “We would race together on the Flying Dutchman until it led to such friction that we had to get one each, and then we raced each other!” His sister Fulvia is a Swan owner and all the siblings enjoy the sailing lifestyle. “I have always believed that being on a boat is the best way of spending time with your family,” says Leonardo. “I know I will get into trouble for saying this, but sailing adds an extra element to the boating lifestyle and the family experience. You need to use your brain, you need to work together, and you get so much more out of it as a result.”

That Ferragamo opportunism was well applied upon completion of Solleone at Nautor’s Swan’s yard in Finland. Leonardo decided to deliver the boat himself, taking the helm for the journey out into the Atlantic and into the Med. “It was raining, it was foggy, the wind and waves were always from the front. It was challenging,” he says.

But worth it. “It was a little bit emotional arriving in Gibraltar, where you stretch out and your hands are almost touching Europe and Africa, from one continent to another. It was quite extraordinary.”

With his passion and drive Leonardo is steering Nautor’s Swan in an exciting direction, effortlessly mixing north European expertise with Latin style – an intoxicating combination shown off so brilliantly in Solleone. The only question being, what’s next?