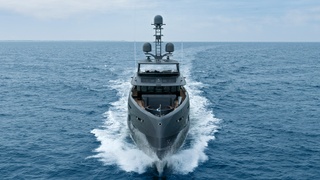 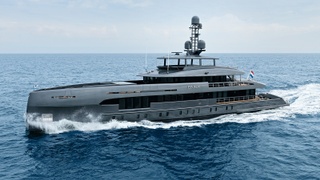 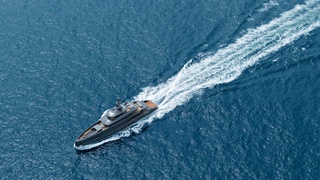 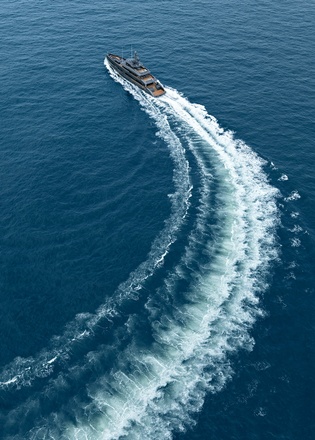 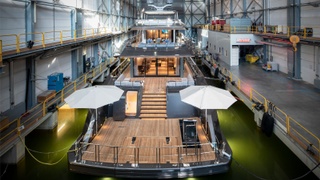 Her delivery comes after the yacht completed rigorous sea trials in the North Sea during which the yacht reached top speeds of 20 knots.

Previously known as Hull 18650, the Omega Architects-designed superyacht was started on-spec and sold in 2017 to a client who is described as “an experienced sailing yacht owner”.

Accommodation is for up to 12 guests split between six staterooms, including a main deck owner’s suite and five further guest cabins below decks. Meanwhile, the crew quarters allows for a staff of up to nine people. The owner worked closely with Mark Whiteley Design to create a contemporary and inviting interior.

Comprised of an aluminium fast displacement hull developed by Van Oossanen Naval Architects and an aluminium superstructure, Project Boreas is based on the Nova Plus platform and inherits a striking exterior profile from her predecessor, Home. She is finished in metallic grey, custom-made to match the owner's car.

Heesen’s Mark Cavendish previously told BOAT International, “The owner has had several large sailing yachts and a few small runarounds before, but this is his first large motor yacht."

Key features include an upper deck helm station, which will allow the owner to skipper the yacht himself whilst enjoying the sunshine. Other modifications include opening windows in the skylounge and smaller superstructure overhangs above the aft terraces, meaning that even more natural light will flow into the interior. Glass panels with integrated blinds have also been incorporated in the sundeck hardtop.

MCM Yachts acted as surveyors for the project as well as the owner's representative. "MCM are very proud to have been a part of this Heesen project working as the owner's representative alongside the build team at the yard. Particularly so as this is our second major project for this very experienced owner. The yacht looks to be headed for an on time handover and promises years of comfortable cruising for her owner and his family."

Other superyacht projects currently under development at the Dutch yard include the 80-metre Project Cosmos which will become Heesen's largest yacht to date.