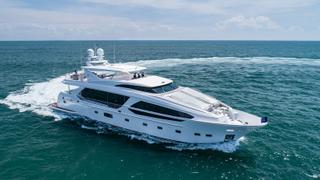 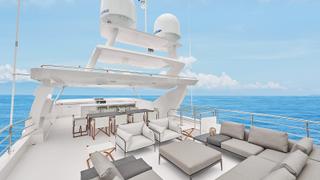 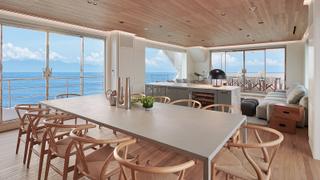 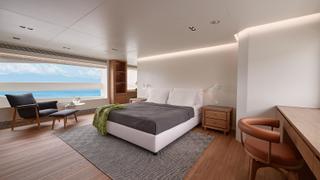 Horizon Yachts has delivered its new custom superyacht called the Horizon CC115 to a South American client. The Taiwanese-based yard has also released new photos of the yacht following its delivery in September. It comes ahead of the yacht's world premiere at the Fort Lauderdale International Boat Show in November.

The CC115 was developed in collaboration with Dutch designer Cor D. Rover and follows in the wake of the recently delivered CC110 yacht Abaco.

Family was placed at the heart of the yacht's design and great attention was put into the utilisation of spaces on board. One custom built feature is a split foredeck that has been described as a “family theatre area”.

The yacht also includes a large swim platform that can be lowered into the water for easily launching superyacht tenders and toys.

John Lu, CEO of Horizon Yachts, described the yacht as a "true masterpiece". He added, "It is owners who are our best designers, and nowhere is this more evident than with the new CC115 superyacht. We are proud to have built such a special luxury yacht and wish the owners years of memorable cruises and family fun on board.”

The CC115 also features a spacious beach club accessible through large sliding glass doors and accommodation for 10 guests across a full beam master and four ensuite cabins. A convertible "captain's cabin" can be used for either guests or crew.

Inside, the CC115 features modern decor populated with bespoke furniture, grey and silver tones and a Listone Giordano wood floor.

Power comes from a pair of Caterpillar C32 ACERT diesel engines for a total output of 3,200hp for a cruising speed of 12 knots and maximum speed of 17 knots.