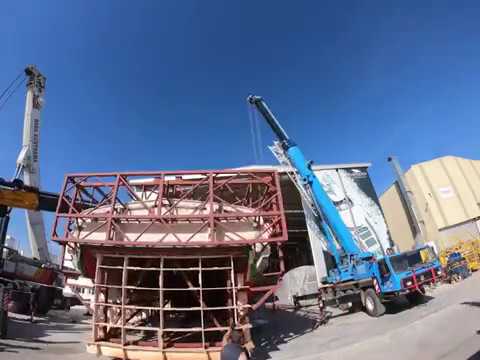 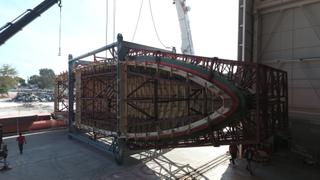 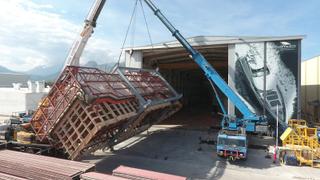 The first 25.7 metre yacht in Sarp Yachts' XSR 85 series has reached a landmark in its construction with the turning of the completed hull. The yard revealed new images and a time lapse video of the operation, which took place on November 8.

The first of a new range of hybrid yachts, the XSR 85 is styled inside and out by Red Yacht Design and will ride on a fast displacement hull developed by Van Oossanen Naval Architects.

The first 25.7 metre XSR 85 is currently being built on spec to CE classification and is set to be launched in early 2019.

Sarp Yachts shipyard manager Emre Sandan previously described the XSR 85 as “a yacht for the future and for everybody.”

The 125GT interior includes accommodation for eight guests and four crewmembers all on the lower deck. Meanwhile, the saloon has been envisaged as a highly flexible area, with freestanding furniture and sliding doors, so it can easily combine with the aft deck to create one large entertainment space.

Key features include a notably large superyacht spa pool on the foredeck and a choice of tender storage options — either via a side-loading garage, or hidden under the transom steps. Power will come from a twin 1,000hp diesel-electric propulsion system, which will allow for a top speed of 20 knots, while the 7,500 litre fuel capacity should allow for extended coastal cruises.