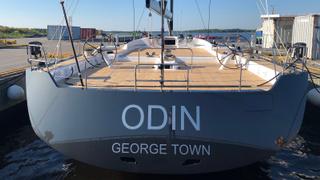 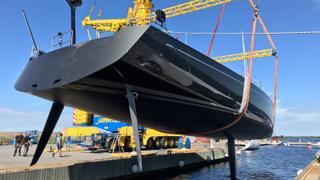 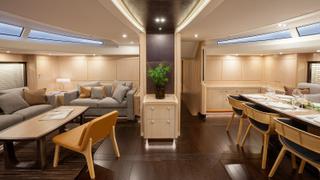 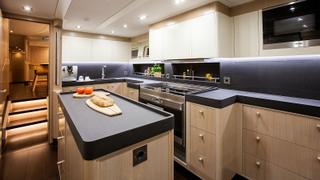 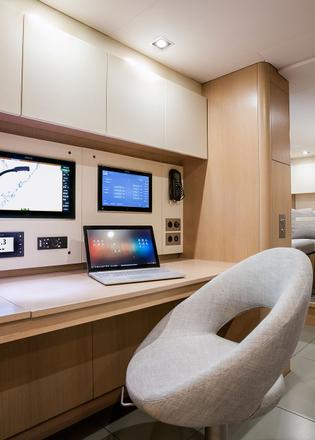 Nautor's Swan has released new images of the fourth hull in its 115 series which was launched and named Odin earlier this month. The 35.2 metre Swan 115 sailing superyacht is a flush deck model and was described by the yard as "the most technologically advanced boat ever built at Nautor".

"Her hull construction, sailing systems, mast and keel allow her to be a world class racing superyacht and compete on the world stage," it added. Her launch comes ahead of her worldwide premiere at next month's Monaco Yacht Show.

Odin features design by German Frers and has been designed for bluewater and long-distance cruising. The Swan 115 is available in two versions: a flush deck (FD) model that has a sportier appearance and is favoured for racing and a semi-raised saloon (S) model. The Swan 115 series was originally conceived for owners who were after a new concept that offered high-performance and comfort in a sailing superyacht.

"Besides the customary family cruising in comfort, they were looking for extra adrenaline pumping racing and sailing at higher maximum speeds downwind," Frers previously said.

"This existing brief led us to design a maximum waterline length hull that could be optimised for speed in the lighter weight condition, something entirely different from the traditional heavy cruiser racer concept that, because of their deep hull shape, do not gain speed by being lighter due to loss of sailing length."

The hull of the Swan 115 is strengthened to allow for higher righting moment and there is an optimised keel fin with a deep keel and heavy bulb.

"We chose a 5.75/3.5 metre-high aspect ratio lifting keel for maximising performance and having the ability to reach low draft anchorages," Frers said. "The racing version has a 6.75/4.6 metre keel for even higher pointing ability and weight reduction. The keel profile area was calculated for a comfortable helm balance and the foil shape was chosen from our proven record of CFD analysis."

The extensive sail plan and rigging package is designed to accommodate both cruising and racing, with mainsails for both.

The interior of the new Swan 115 sailing yacht

The interior by the yard for de Vosde Vries Design was to create “something different” and contemporary. The interior should have a casual and welcoming appeal, with joinery that put use the impressive skills of Nautor's Swan craftsmen. The result is a light grey, stained oak wood finish with a brushed treatment throughout.

This is contrasted by the dark, crown-cut wenge floors, which are fitted with a distinct cross-plank detailing, created to communicate an industrial tone. Construction is with lightweight foam and carbon cores in order to meet the strict weight requirements to keep this yacht up to her promised sailing prowess.