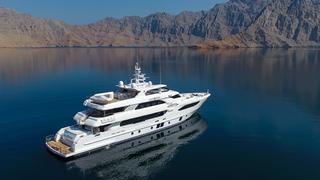 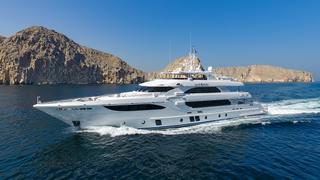 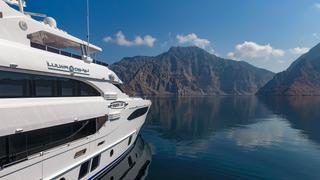 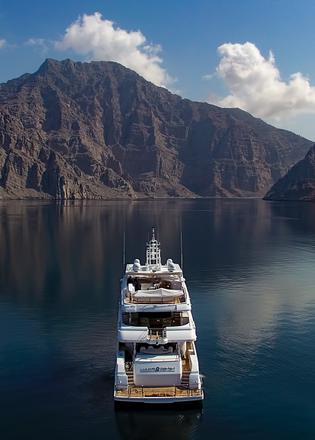 Gulf Craft has announced the delivery of the latest yacht in its Majesty 135 series, the 41.05 metre Lulwa.

Given a public debut at the Dubai International Boat Show 2017, this 350GT all-GRP yacht is the seventh hull in the series to be completed by the Emirati yard and her owner is a repeat client, trading up from a Nomad series yacht.

Notis Menelaou, vice-president of sales at Gulf Craft, said: “The volume that is offered on the Majesty 135 is not seen in any yacht of its size, while her innovative layout takes her to a class of her own.”

A thoroughly technological yacht, Lulwa features a smartphone app that can control everything from the entertainment system and the lighting to the arrangement of the dining and cockpit tables.

Out on deck, guests can relax in the Jacuzzi on the generously-sized sundeck with a drink from the curved bar area, or down by the water in Lulwa’s superyacht beach club.

Take a closer look at the Majesty 135 yacht Lulwa

Tender and toy storage is another key strength of this design with room for a Williams Dieseljet 505 on the upper deck aft and two Jet Skis on the foredeck.

Accommodation is for 12 guests split between six staterooms, including a master suite with its own Jacuzzi. Meanwhile, the crew quarters allows for a staff of up to ten people.

Power comes from twin 2,600hp MTU engines for a top speed of 20 knots and comfortable cruising at 16 knots. When trimmed back to her economical speed of 12 knots, Lulwa boasts a cruising range of 3,310 nautical miles.

Other superyacht projects currently under development at Gulf Craft include the Majesty 175 flagship yacht, which is being designed with Cristiano Gatto.