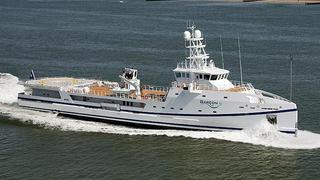 Nakilat Damen Shipyards Qatar (NDSQ) confirms the news that the Qatari yard has signed their first contract for a fast luxury superyacht.

The 69-metre project, to be built entirely in Qatar, will be a customized version of the 67m Sea Axe vessel developed by Damen. The first model of this series, called Garçon 4 Ace, was launched in 2012 to become the support vessel of the superyacht Ace.

Muhammad Ghannam, Chairman of NDSQ, commented: 'We are honoured to be given this opportunity to deliver this landmark yacht project in Qatar. NDSQ continues to prove Qatar’s shipbuilding capabilities while Nakilat, Damen and NDSQ are all fully committed to realizing His Highness’s vision for world-class shipbuilding in Qatar.'

As reminder, NDSQ was founded in 2010 and is a joint venture between Nakilat and Damen. Their facilities are based at Erhama Bin Jaber Al Jalahma Shipyard in Ras Laffan.

Even if no official date is given, we can expect a delivery for 2016.