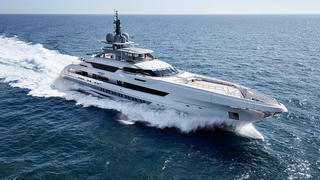 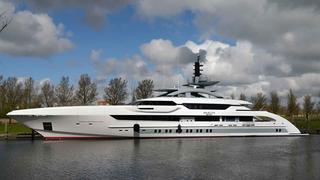 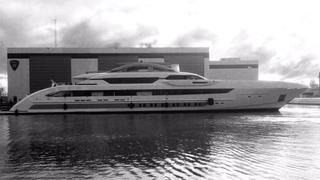 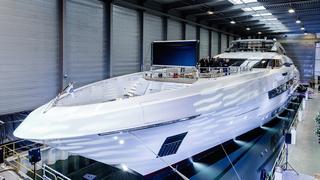 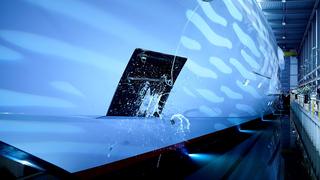 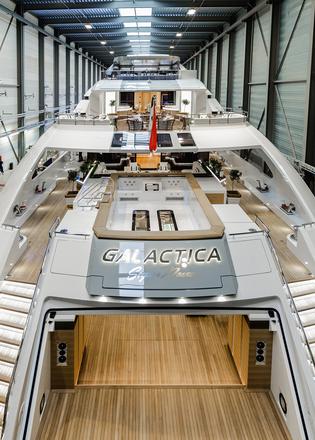 The largest Heesen superyacht ever built, 70 metre Galactica Super Nova, has been delivered to her owner, following four days of extensive testing in the North Sea.

Moderate conditions with waves up to 1.5 metres allowed the fully custom yacht to reach a top speed of 30.3 knots.

The photos show Galactica Super Nova cutting a majestic figure as she slips easily through the sea around Heesen's base in Hellevoetsluis, the Netherlands. Sold in 2013, this custom design was built and delivered in just 41 months.

Pictures of Galactica Super Nova on the water for the first time were released last month unveiling her sporty design which includes a white, grey and red exterior by Espen Øino, who worked on a pre-established technical platform provided by Heesen.

Galactica Super Nova's owner is a repeat Heesen client, and this will be his largest yacht as well. The owner's specific brief to Heesen included a contractual maximum speed of 30 knots and a large swimming pool.

And by reaching 30.3 knots on her sea trials, Galactica Super Nova proved she can outrun Heesen's current largest yacht, the award-winning 65 metre superyacht Galactica Star, which tops out at 28 knots.

"Speed was important," says Mark Cavendish of Heesen Yachts. "They liked Heesen’s styling, so Galactica Super Nova has a low, sleek, fast and sporty styling." At a more economical 12 knot speed, she will have a range of 4,000 nautical miles.

"Galactica Super Nova is both an evolution of our long experience in the superyacht sector, but also the result of our a growing demand for fast transit speeds combined with the high level of comfort and space traditionally associated with displacement cruising," he added.

Heesen first presented Project Kometa at the 2014 Monaco Yacht Show, showing off her amenities and dive features, including the infinity pool with jet stream for lap swimming and waterfall for good looks, the helicopter pad that transforms into an outdoor cinema, and the natural interior with pops of colour by Sander Sinot.

Galactica Super Nova can accommodate 12 guests in six staterooms. The master suite lies on the main deck forward, with a VIP cabin on the wheel house deck aft and four guest cabins on the lower deck.

Power comes from a pair of MTU wing engines with fixed-pitch propellers, plus a Rolls Royce booster water jet – a unique set-up for a yacht of this size.

Galactica Super Nova will cruise the Mediterranean for the summer before she makes her public debut in September at the 2016 Monaco Yacht Show.

The Fastest Superyachts in The World