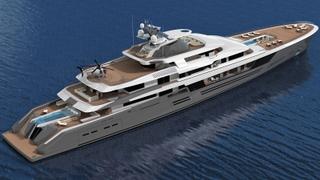 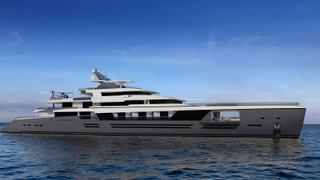 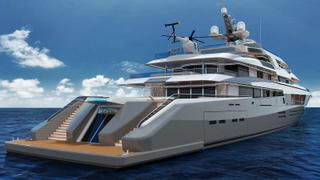 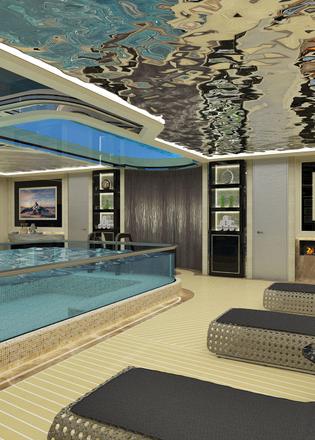 The design is based on the yard’s existing 90 metre hull line and “perfectly fits the platform,” according to Borzelli & Berta.

Built from a steel hull and superstructure, Legato can be equipped with either conventional or diesel-electric engines.

A key feature of the upper deck is a multitude of glass screens which, along with extendable side balconies, create a “fresh air spa”.

Elsewhere the yacht will feature three swimming pools, comprising of a 5.7 metre pool on the owner's deck and two pools of 5.7 metres and 8.9 metres on the main deck – one fore and one aft. This part of the design has been “inspired by the ancient Roman baths”, the designer said.

Legato is a collaboration between Nobiskrug and Borzelli & Berta

A total of 12 guests will be accommodated in six cabins, with the master suite also featuring a Jacuzzi surrounded by retracting glass panels.

The owner’s deck meanwhile will be kept fully independent from the rest of the accommodation, located near the yacht’s helipad for discreet arrival and departure.