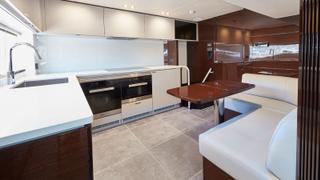 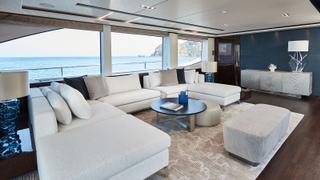 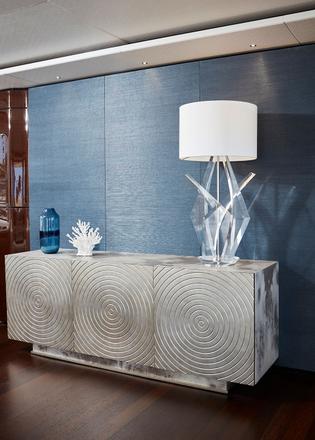 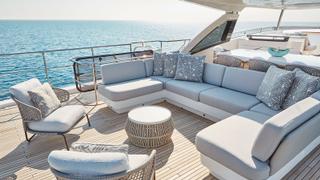 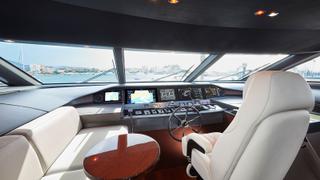 Princess has delivered its seventh semi-custom 30 metre motor yacht Bandazul ahead of her showcase in Cannes.

Bandazul's interior design has been revised from the original design

The saloon now features a combination of wenge gloss wood, light stone and soft fabric finishings for a modern look.

Bandazul’s extended saloon leads out to an open sundeck aft while additional outdoor areas include seating at the bow and a cockpit at the stern.

Bandazul is the first Princess 30 metre yacht to feature a four cabin layout instead of the model’s original five cabin design. Bandazul’s owner has also opted for a lower deck VIP suite that takes advantage of the full width of the 6.9 metre beam.

The layout of the master ensuite stateroom has also been customised from the original design. The ensuite features his and hers sinks in white marble and a glass panelled shower.

Bandazul’s delivery comes ahead of her showcase at the Cannes Yachting Festival in September.