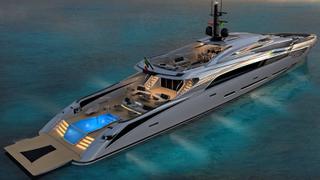 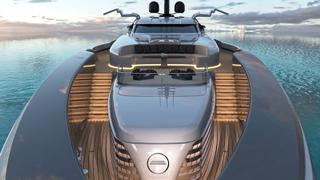 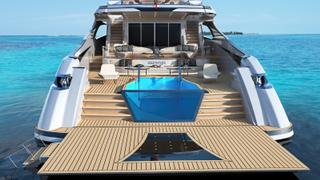 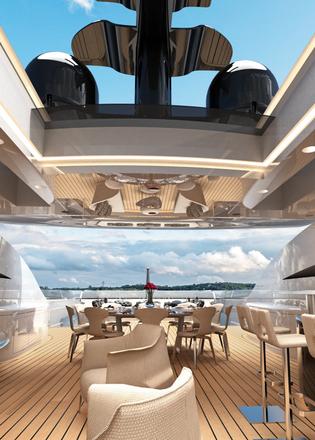 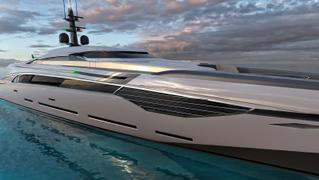 Rossinavi teams up with Fiorentino for Zephyr concept

The Milanese naval architect has drawn on his experience in racing and powerboat design to create an exterior that evokes the muscular bodywork of 1950s and 1960s sportscars.

Zephyr would ride on the fast displacement XL500 platform developed by Van Oossanen Naval Architects, which stretches a 500GT interior over the maximum length possible for a smoother cruising experience.

Accommodation is for up to ten guests split across five staterooms, while the crew quarters allow for a staff of up to nine people. The interior décor comes courtesy of Pisa-based interior design firm Pulina DNA, with an emphasis on transparency and reflective surfaces for a light and spacious atmosphere.

Take a closer look at the Rossinavi superyacht concept Zephyr

Power comes from a pair of MTU 16V4000 M93L engines for a top speed of 32 knots and comfortable cruising at 28 knots. When trimmed back to an economic speed of 12 knots, Zephyr would be capable of a transatlantic range of 3,400 nautical miles, drawing on a total fuel capacity of 50,000 litres.

Visitors to the Fort Lauderdale International Boat Show 2017 will be able to learn more about the Zephyr project at the Rossinavi stand, where a scale model of this superyacht conceptwill be exhibited.

Other superyacht projects currently under development at the Italian yard include the recently sold 52 metre Project Florentia.