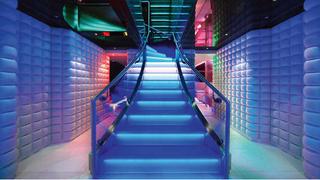 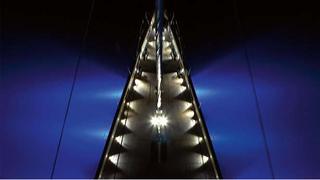 Superyachts are the apogee of good taste and design, the best of the best… well, almost. Boasting the latest communications technology, the finest textiles and most fashionable décor, until recently these vessels were nearly perfect. But one feature rather let the side down: lighting.

Only in the last few years has superyacht lighting begun to attain the superlative standards one would expect. Instead it tended to be something of an afterthought. Where wiring happened to run determined the position of ceiling lights, with the addition of a scattering of lamps to cast a glow in neglected corners. And just as on land, these mundane fittings can be far from ideal.

Specialists such as Sally Storey from UK-based Lighting Design International are exasperated by lighting she says harks back to the ‘bad old days’.

‘Previously, it was just a package of effects,’ she explains. ‘For example, if there was a coffer, a ring of light would be added, whether or not this was the right solution. And often it was not, as the ceilings are always reflective and the cornices too small, so the effect would be greatly compromised. Glaring low-voltage downlighters were arranged as symmetrical grids, when they should have been used in relation to the interior elevations.’

But things have begun to improve, and improve rapidly.

‘The big change is that now lighting is being considered as an integral part of the interior and being detailed into joinery,’ says Storey, who was responsible for the lighting on the 57.5m Royal Huisman ketch Twizzle. ‘The other major development is the revolution of light sources, which have changed more in the last two years than in the previous 25,’ she adds.

Marine lighting is being dragged into the 21st century, and owners can now enjoy the same exceptional standard of lighting that they would demand in their homes. But until this approach is repeated across the industry as a whole, lighting designers will continue to be frustrated.

Lee Prince from Light + Design Associates, which worked on the 47m Heesen_ Blind Date_ comments, ‘I don’t understand why something as important as lighting is sometimes left by the yard for the electrical contractor to deal with, rather than using specialists.’

Perhaps we shouldn’t be too damning about past lighting schemes, as the challenges of illuminating a yacht are numerous. Lack of space to run wires or build access units for maintenance, movement and vibration, overheating issues and a highly corrosive environment add to the complexity. Such challenges demand superior solutions.

‘Due to space restrictions, accessories need to be significantly smaller, and sea water-, UV-ray and shock-proof,’ says Kristin Schaedel from Yachtlite, which has provided lighting design for Solemates, Big Fish, and RoMa, among others.

Advances in LED (light-emitting diode) technology transformed marine illumination. In their early stages of development, LEDs were deemed cold, difficult to dim and too restrictive to be a serious solution. But they can now produce warmer, dimmable light of much higher luminosity.

In contrast to incandescent lightbulbs, LEDs are semi-conductors that release photons of light when voltages are applied. This means they are more robust and can last 50 to 100 times longer. They also produce less heat, use 90 per cent less energy and can save up to 68 per cent in carbon emissions compared with incandescent bulbs.