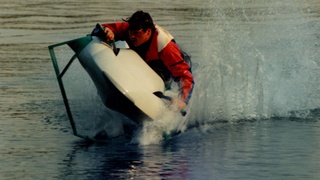 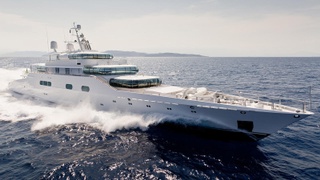 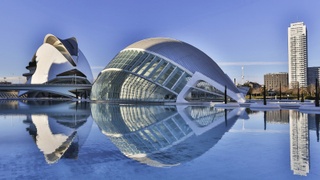 In this instalment of our designer Q&A series, we profile British superyacht designer Steve Gresham on working for Williams Grand Prix Racing and designing the Manta Foil

Everything I see – but I like curves rather than straight lines.

The Manta Foil, the first hydrofoil. I designed, built and tested it myself straight after university in 1988. I still have it.

Working for Williams Grand Prix Racing. That taught me what real engineering excellence is.

Oci Ciornie with Don Shead. The interior had to be super lightweight so I used the 1930s airships as inspiration, with exposed aluminium girders and frames with lightening holes cut into them.

Eco (now named Zeus) - when it came out there was nothing else like it.

Martin Francis. He’s come up with some great original ideas, including Eco - my favourite yacht.

Working with H2 Yacht Design on 125m Maryah in Greece. We were there during the economic crisis, which made things difficult in the shipyard. She took five years to complete and I am very proud of her.

The new Ferraris. I think the present wave of new designs is really inspiring.

I’ve done some outrageous sketches of what could be possible with the SWATH platform (Small Waterplane Area Twin Hull). On a personal level I’m warming to the idea of designing and building a house.

Valencia Opera House ― or anything by Santiago Calatrava.

If you weren’t a yacht designer?

I’d be a film director. The design element in some movies is huge – Oblivion is one of my favourite movies because of the design.