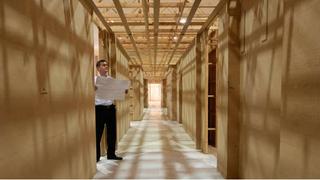 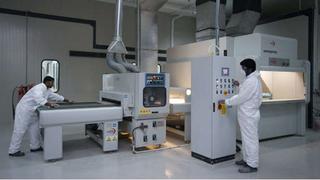 In Dubai they do not do things by halves. It may be a city in one of the smaller countries in the world, but it lays claim to the tallest building, the largest regional shopping mall, the most extensive land-reclamation project and many other superlatives. But the fact that it has the largest yacht outfitting factory certainly does come as a surprise, particularly as there isnt a major concentration of yacht-building in the Gulf region.

Greenline has been in existence for 33 years and for most of that time has concentrated on designing and building interiors for palaces, hotels, offices and private residences, always aiming at the top end of the market and insisting on the highest quality. One of its highlights was fitting out the Burj Al Arab Hotel  an iconic Dubai landmark that rests on Gulf waters and is designed to look like a sail.

A few years ago, Greenline was approached by a client in Abu Dhabi who was converting a 70m military vessel into a private yacht. This job went well and was followed in quick succession by two similar briefs. The interiors company realised it could offer a new line of business that it was well-qualified to take on.

The appeal of Greenline to both developers and yacht builders is that it has a big, modern factory with up-to-date equipment and a large number of skilled workers, enabling it to produce top-quality work and handle projects in which customisation and intricacy combine with a high-volume outfitting surface.

The next step was to establish Greenline Yacht Interiors as a separate company, to build workshops alongside Greenline Interiors, and to create a workforce that has since risen to 600. Most of the shop-floor workers are fully qualified craftsmen from the Indian subcontinent or Australasia, and as is customary in the Gulf, the company provides its staff with housing, transport and everything else they need.

The management team is headed by chief executive and chairman Samir Badro, vice-president Colin Addley, who came from the hotel side of the business, business development director Lea Badro and sales and marketing director Gianluca Ascheri.

Needing to break out of the limited yacht-building market of the Gulf, Greenline bid competitively for work in Europe and was successful in obtaining a contract to fit out the 67m Lürssen motor yacht Apoise, which has an elaborate interior designed by Francois Zuretti. This was followed by two more yachts of similar size from the same yard, Saint Nicolas and Martha Ann. Although these interiors were constructed in Dubai, they were installed by teams based at a workshop that Greenline acquired in Hamburg, Germany, which is now its European base.

Greenline’s partnership with Lürssen continues and it has formed relationships with other yards and completed 12 yacht projects. More are in the pipeline, including a military vessel conversion in Abu Dhabi and the world’s largest yacht.

Greenline is able to build mock-up interiors up to 150m in length and 60m in width, and because of this capacity it sees its strongest target market as being vessels in the 100m range. It already has on-going projects with Blohm & Voss of this size.

Meanwhile, Dubai has acquired yet another superlative: the biggest yacht outfitter in the world.