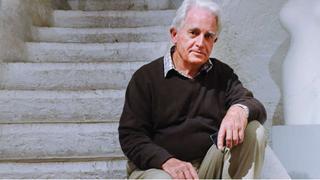 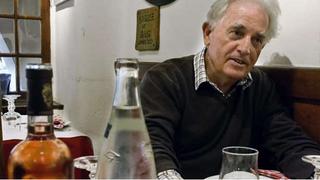 Our lunch with Martin Francis breaks new ground: first, the Briton is a designer not an owner of superyachts, most notably of the iconic Eco. And second – we are not meeting at a restaurant. Francis lives and works in his beautiful contemporary home, perched on the escarpment that rises from the Mediterranean towards the Alpes-Maritimes, overlooking Antibes, Valbonne and Biot. It’s not easy to find and the hairpins keep it challenging – but I make it, and Francis greets me warmly in his driveway, before leading me through to the dining room.

Over coffee we discuss the gorgeous house with its stunning view and its art collection, before moving on to his start in the marine world. Francis grew up in the late 1940s and 1950s in Hammersmith, London, close to the River Thames. His father was no sailor, but a doctor and photographer, yet Martin drifted down to the river.

‘I used to mess around with friends on the river, like people do,’ he says, recalling, a time of model boats, rigging sails on rowing dinghies and building a canoe at school.

Learning to make things with one’s own hands gave me an enormous advantage for the rest of my life,’ he says, ‘because you don’t draw things you don’t know how to build.’

The first twist in the career path occurred when a neighbour, the renowned structural engineer Tony Hunt, introduced him to a young architect called Norman Foster. It was the late 1960s and Foster was at the forefront of a revolution in building design, a revolution Francis was happy to sign up for.

‘We worked in this bedsitter in Hampstead and I would flit between working with him there, and working with Tony Hunt,’ Francis recalls. ‘I got confidence in my ability as a multi-disciplinary designer, and it was the start of what has gone on for the rest of my life.’

Multi-disciplinary is an understatement, with a career path that resembles the mountain road to his house.

‘I was working one day in Hunt’s office, and this tall American hippie guy walks in off the pavement and says he wants a proscenium arch calculated for a rock ’n’ roll band.’

The band was the Rolling Stones, and the arch for their 1970 European Tour stage set.

After demonstrating a solution to the problem, Francis was hired as assistant production manager.

‘I stood stage right and Mick (Jagger), when he did Jumpin’ Jack Flash and took off his pink jacket, would give it to me.’

He followed this up by working at the Rainbow Theatre in Finsbury Park, then one of London’s premier music venues, and the place where Jimi Hendrix first set fire to his guitar.