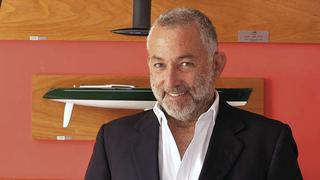 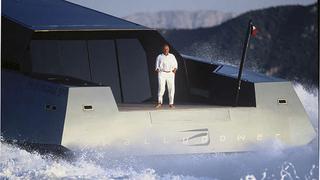 Luca Bassani has opened our eyes to design. He is particularly proud of the 118 WallyPower and the flush deck sailing yacht_ Esense_. These yachts are radical designs, but exquisite in attention to detail and execution of design. What Bassani has achieved is a faint stirring, raising the question that perhaps it is time for yacht designers to find their way home and rethink what is good design in the 21st century.

‘Let me say that 99.9 per cent of the market is made up of ugly boats built by people who prefer any other criteria than beauty,’ he says. ‘I do believe in the dictum that form follows function, but my first priority on any boat, any size, is beauty. When I see so many ugly boats, easily sold in the market, I am disappointed.’

If there is a light at the end of the tunnel for him, it is that the younger generation appreciates his design; they get it. He feels they are not intimidated by the choice of radical versus traditional – they admire a Wally for the same reasons that they covet a Ferrari.

‘When I see that we have inspired them, I realise we have done something good and strong,’ says Bassani, ‘because they are pure in what they like and dislike. In this sense they are like women, who are much more straightforward than men – they just love what they love. Men, on the other hand, love what is the popular choice.’

A sailor for most of his life, Bassani is driven by his love for the sea. ‘When you really love the sea it doesn’t matter whether you do it by sailing or motoring; but how you do it is important,’ he says. Dismayed by the lack of improvement in the boating industry, he designed a boat for himself and his family and went on to develop a business. It was that simple.

The WallyPower was a real back-to-basics exercise with its simplicity and hull concept. The idea was to be able to view as much of the outdoors as possible, and flat panes of glass seemed the obvious solution. Regarding the power to weight ratio, light, rigid carbon was the best material. The WallyPower was a fusion of tradition and innovation.

Wally has had an impact on the luxury world because it has opened a lot of doors to both interior and exterior design. What designers do at that point is another story.

‘I probably seem presumptuous but it seems that they go through those doors and then they are not sure exactly what they should do. Interior design has really changed during the past 10 years, but with a lot of exaggeration. A lot of these aesthetic exercises are just to do something different with no function.’

Wally will be presenting a new boat that is even more radical than the 118. It will be a powerboat and it will be available in any size. That is all he will reveal. ‘Wally was a brand and now it has become a type, like Frigidaire,’ says Bassani. ‘That’s perhaps the biggest compliment.’