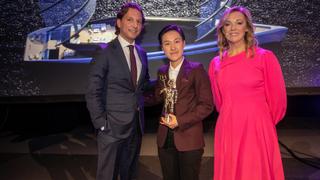 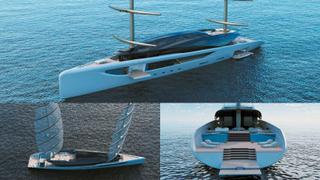 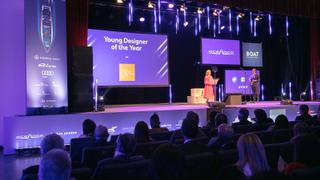 The winner of the Boat International Young Designer of the Year Award has described scooping the prize as a “dream”, revealing she “had no idea” she was going to win.

Yihharn Liu from Taiwan caught the judges' attention with her 80 metre motor sailer design concept Manta, which beat 41 other entries to the top spot.

The competition brief called for entrants to style and create the general arrangement plans for a modern 80 metre motor sailer with unstayed masts carrying between 1,500 and 2,000 square metres of sail.

Liu’s winning entry was applauded for its cleanly elegant lines and a well-developed and precisely drawn general arrangement plan.

Speaking to Boat International after receiving the award, Liu said she had no idea she was going to win the top prize and complimented the five other finalist designs. “They were all such different styles,” she said. “Some were very creative while others had concentrated on being realistic and designing a boat that is ready to build. The thing they had in common is that you can’t see any of them in the current market.”

As part of the award, Liu will undertake a three-month design internship at superyacht yard Oceanco's Monaco office from September.

To prepare her for the experience, Liu spoke to previous Young Designer Award winners Nicolò Piredda and Thibaud Le Merdy. “They told me that it will be one of the best experiences of my life,” she said. “For a young designer, winning this award is a dream.”