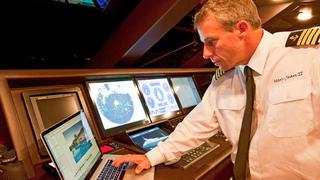 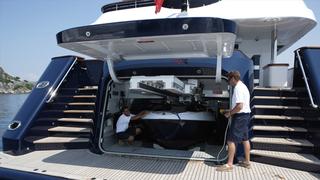 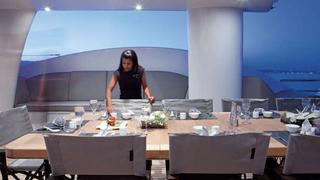 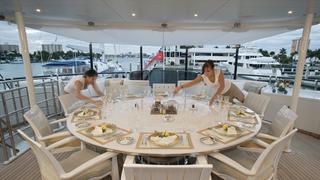 Who’s who in a superyacht charter crew

Charter yachts come in all sizes and, of course, carry all number of crew. At the lower end, some yachts operate nicely with a captain and a chef, who also doubles as a deckhand and is often the significant other of the captain.

At the other end of the scale, some of the mega-charter yachts have crews as large as 50, although that starts edging into the cruise ship category. For the most part, yachts in the popular mid-sized charter range (30 to 60 metres) will carry 6 to 15 crew members.

While all crew members are trained to be knowledgeable and interchangeable in many roles, the crew will fall into five basic categories and a wise charterer should understand what each can (and cant) do on a charter.

The captain – the one with four gold stripes

The ultimate responsibility for the yacht rests entirely on the captain’s shoulders and therefore his or her word is law. That is the basic rule of the sea and no charterer should test it at risk of being put ashore.

Make sure the captain knows you wishes and desires. He/she will do everything in their power — short of risking yacht or crew — to make your requests happen.

Draw on the wisdom of your captain to get the most from your time aboard. He can often suggest an itinerary that will be far better than what you might plan.

Make unrealistic demands. There are certain realities that a captain, no matter how good or willing, can change. For example don’t insist your yacht leaves the dock for another harbour at the crack of dawn as it may not be possible because the harbour entrance is too shallow until the tide turns in mid-morning.

Ignore the captain’s weather advice. It is foolish to argue with a captain who thinks it is too rough for the planned trip of the day. The captain has earned his license by safely navigating yachts for many years, and he is a charter captain because he knows how to satisfy his clients. Besides, dealing with seasick guests is no fun for anyone.

The chef — the one who is in charge of food

The captain may be responsible for the yacht, but the most important person to many charterers is the chef. The essence of a great charter chef is flexibility, with the ability to shift from a five-course candlelit gourmet dinnerto a casual on-deck barbecue to making jam sandwiches for the kids.

Ask about the chef’s areas of expertise and ask to see sample menus before committing to a particular yacht. It is important to make sure your tastes are compatible. Spending a week with a chef whose specialty is Asian cuisine won’t be fun if you hate noodles and sushi.

Make it clear beforehand what you like to eat and drink. This is possible by using preference sheets and will ensure that you don’t have a problem while on-board.

Forget what long hours the chef is likely to have to work. To prepare that gorgeous breakfast on the aft deck, the chef has to get up before dawn to start the preparations. Lunch can fill the middle of the day, followed by hors d’oeuvres for cocktail hour. Many Europeans don’t want their evening meal served before 9pm, which makes it a very long day.

The deck crew – the ones who operate and maintain the yacht

The deck crew includes everyone from the first officer — who is second to the captain in seniority — down to the deck hands who handle the dock lines and run the tenders. Depending on the size of the yacht some of the deck crew may double as servers or bartenders during the evening meals, but their primary function is to operate and maintain the yacht.

Try and understand who does what. In your initial meeting with the captain, he will let you know how to make your wishes known. For example, there may be one member of the deck crew who is responsible for launching jetskis or other water toys when guests want them. Others may be responsible for operating the tenders to and from the shore or for waterskiing. And some are delegated to just keeping the yacht spotless.

Be shy about asking a member of the deck crew for assistance. All of them are linked by walkie-talkie radios so, if that isn’t his role or the captain has assigned him another project, he can quickly get the right person. Even something as simple as moving a chaise longue into the sun is best left to a member of the deck crew: sliding such a chaise can leave scratches on an expensive deck. Besides, the crew is there to serve you.

The name is sort of a misnomer, because they also will serve you when you are outside on the deck. They crew will include the chief steward/stewardess, who oversees the interior crew, as well as the team of stewards/stewardesses.

On the hotel side, this team is responsible for refreshing your cabin with fresh sheets and towels and cleaning the cabins and living areas. These are the ones who will turn your bed down at night (and put a chocolate on the pillow) and who can help with a missing button or a spill on a favourite outfit.

Let them know any specific requests. From extra towels or pillows to a favourite sparkling water in the refrigerator, or even a wake-up call, tell the chief stew (as they are called).

Engineers — the ones who are the unsung heroes

The engineers are the unsung heroes of charter yachts, because they not only make sure the engines run properly, but all the ancillary systems as well. Engineers spend most of their time below decks and can often be identified by the coveralls they wear.

The engineering crew sometimes fill in as tender drivers or to help with water toys but, by and large, they are unseen.

Remember that even when the yacht is at anchor or at a dock, the engineering crew is still on duty because the yacht systems are constantly working.