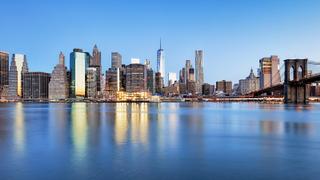 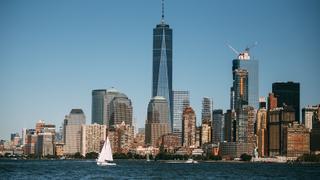 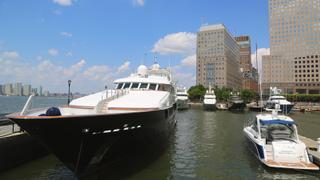 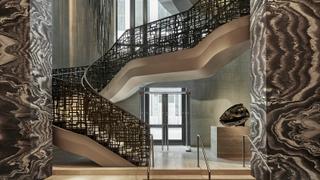 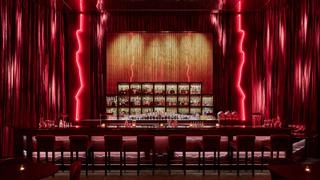 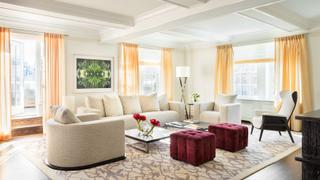 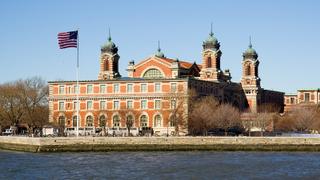 Cruising the Big Apple: Why New York is the ultimate superyacht stop off

New York’s bright lights, lavish hotels and world-famous skyline may be more commonly associated with a city break rather than as an idyllic anchorage. But the city is more accessible by superyacht than you think, says Caroline White.

Truman Capote called New York a “diamond iceberg floating in river water”. The metropolis certainly has lustre – but that river water he backhands by way of contrast is at least beautifully convenient.

New York is a short hop from the classic seascapes of New England, and a spectacular endpoint to a cruise past the windswept dunes and clapboard villages of America’s eastern seaboard. Eddie Jordan, who dropped anchor here last year in his 27 metre Oyster sailing yacht Lush after a golfing tour of the coast, called it an “indescribable experience to be in the middle of New York” on a yacht: “I had to pinch myself”.

It’s often said that New York is a city for the very rich and the very poor, and that duality applies to the waters of the Hudson as much as the streets of Brooklyn: arrival by boat is firmly associated with the “huddled masses” of Emma Lazarus’s famous sonnet, engraved into the pedestal of the Statue of Liberty. But this is also a city whose finest vistas are reserved for the waterborne, whoever they are – just ask the ferry companies stacking up the 20 dollar bills of day trippers. Or Roman Abramovich, whose 162.5 metre Eclipse has moored up at Manhattan’s port 90 (more commonly used by cruise ships). Many other famous superyachts have visited in recent years, from 133.9 metre Serene to 73 metre Grace E – and the city is surprisingly well equipped for them.

“We can take up to 175 feet (53 metres) with around 14 feet (4 metres) of draft,” says Michael Revier, general manager of North Cove Marina at Brookfield Place, which was the base for the 35th America’s Cup qualifiers. In terms of rules and regulations, he says, “New York has the same requirements you’d find anywhere in the US. The difference with New York as opposed to, say, Fort Lauderdale, is because the volume of foreign flagged private vessels is fairly low; there is not really a central clearance location. So usually I recommend captains call us first, and then we walk them through it. We need to schedule a customs inspection sometimes, and they may or may not need a pilot depending on where they’re going and the size of the boat.”

Yachts too large to fit into the marina get the best consolation prize in town, an anchorage by the Statue of Liberty (112 metre Le Grand Bleu is a regular in this spot) and can still take advantage of concierge and other services on offer at the centrally located marina – and it really is central. It lies in Downtown, less than 200 metres from One World Trade Center, with its 9/11 Memorial Museum.

Downtown used to be a dry spot for anything other than racking up a profit on Wall Street. In the 1987 film of the same name, Gordon Gekko famously said, “lunch is for wimps”, which is lucky because as Kristi Blake, director of PR and communications for Four Seasons New York Downtown, puts it: “When I first moved to New York there was nothing here, nothing open on a weekend – not even a restaurant to go to for lunch. It’s changed a lot in the last five years.”

Trendy tech companies, advertisers and media including Spotify, Condé Nast and Time Inc have moved in from mid-town and a host of fashionable restaurants, bars and hotels have popped up to cater to them, transforming this into a district worth visiting. From the living room of the Hudson Suite, high up in the Four Seasons, the vista sweeps from the revitalised World Trade Center complex opposite, down to the sun-streaked streets of Manhattan. This modern low-lit glamorous of a hotel is at the vanguard of Downtown’s rebirth. A short stroll from North Cove Marina, it is a convenient pied-à-terre for weary seafarers. The hotel sprawls from a monolithic lobby up to 189 rooms and suites decorated with warm greys, limed woods, leather bedheads and touches of glitz in pearlescent tiles and mirrored art deco minibars. Opened just a year ago, the tech is fresh too, with a menu of lighting settings, an in-room iPad for room service and even a Four Seasons Chat app for easy access to concierge services. A dramatic art collection includes a giant bronze seashell by Mark Quinn and a cascade of mirrored strips by Hirotoshi Sawada, hung in the stairwell to emulate an inverted skyscraper.

Off the lobby is chef Wolfgang Puck’s steak restaurant CUT, which with its black lacquer and scarlet drapes, looks like it’s been set dressed by David Lynch. It specialises in melt-in-the-mouth Wagyu and imaginative cocktails and is worth a stop even if you sleep onboard your yacht – as is the spa. There are plenty of top-flight bars nearby, including the internationally renowned but utterly unpretentious cocktail spot Dead Rabbit, named for the 19th-century street gang made famous by The Gangs of New York film.

A few blocks further north, The Mark hotel lies in the heart of Manhattan’s most traditionally chichi neighbourhood, the Upper East Side. This boutique Madison Avenue bolthole, with its monochrome marble entrance hall, sumptuous neutral-toned rooms and doormen with waistcoats and lashings of old-fashioned charm, is a classic hideaway for visiting superyachters. Suitably then, this summer the hotel is once again offering its 70 foot 1920 Herreshoff sailing yacht Ventura for private charter by its guests. The boat will set sail from Tribeca southwards to explore the harbour. Its black-and-white striped décor keeps up with the hotel in the style stakes and The Mark’s resident chef, Jean-Georges Vongerichten, designed the menu of “small bites”.

Back at the hotel, windswept guests can be re-coiffured at the hotel’s Frederic Fekkai Salon, or sip a cocktail at the bar with its undulating chrome and Campari-toned lighting. For dinner, chef Jean-Georges’ mothership (forgive the pun) is The Mark restaurant, thickly upholstered and moodily-lit it feels as if you should be engaging in a midnight tryst. Menu essentials include the crispy sushi – mouthfuls of fried bliss – and The Mark Cheeseburger with black truffle dressing and brie, or the lobster burger with gruyere and yuzu pickles (there are plenty of very grown-up options, but his line in glamour burgers is showstopping).

Back on board your own yacht, you are remarkably free to explore the city. “It’s a public waterway,” says Revier. “You can navigate anywhere you would expect to be able to. There are restriction zones around sensitive areas, such as the Statue of Liberty, but we’re talking 100 metres so no big deal. There are also bridge restrictions in the Harlem River, so if you want to circumnavigate (Manhattan) that could be a challenge depending on how big the boat is.”

Popular day cruises include the route north up the Hudson River, skirting Manhattan as far as the George Washington Bridge, or south to Ellis Island, the inspection station through which more than 12 million immigrants to the US poured from the late 19th to the early 20th century (and a much more rewarding to explore than the Statue Of Liberty, which is best experienced from your boat).

Standing on Ellis Island, with the sunshine blazing the terracotta bricks of the museum, the river water that chops at the dock and spans out towards the grandest cityscape on earth, seems to have a romance all of its own.