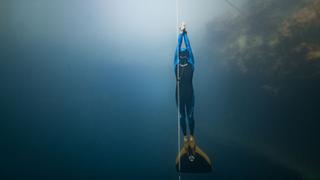 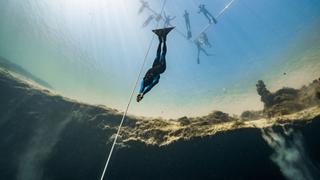 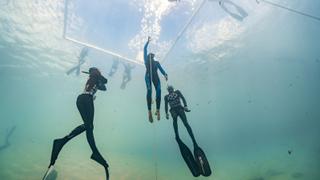 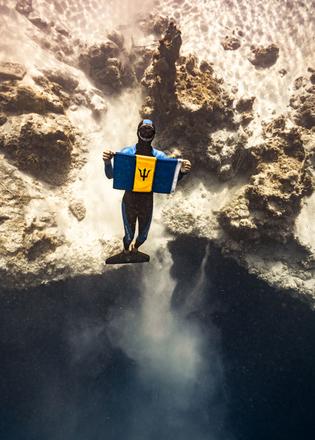 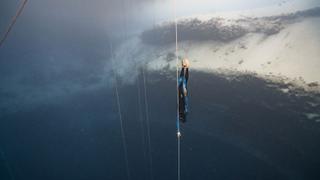 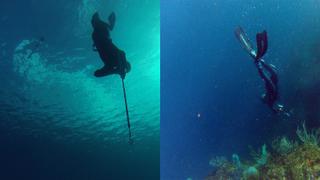 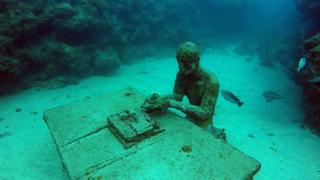 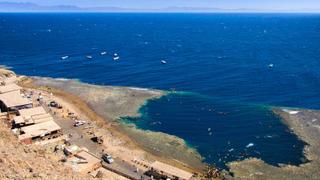 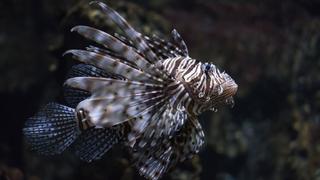 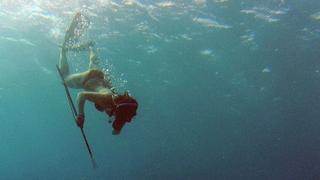 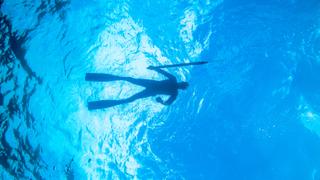 After moving to Barbados from the UK, Alex Davis discovered a passion for spearfishing which led to him setting the national record for freediving on the island. Now the founder of Freediving Barbados and Spearfishing Barbados, he shares his tips and experiences of these two extraordinary hobbies...

How did you get into freediving?

When I moved to Barbados back in 2011 with my wife, I was living on the South Coast and I would regularly see local guys with spear guns and small reef fish around their waist. Growing up in Cornwall, I was always surfing or fishing both in the ocean and in lakes, so I was intrigued. I went out with a friend for my first spearfishing dive. It really unearthed this passion for being in the water again.

From there, I wanted to start diving deeper and catching better fish. For me it is was more about the dive, being able to go a bit deeper and to stay down longer, drawing the fish in and enjoying the experience more than catching a ton of fish. It’s always been more about the internal experiences and sensations than the external result.

Do you find that freediving can be meditative?

Every human on the planet has something called the mammalian dive reflex and this allows our body to adapt subconsciously to handle the initial pressures and the fact that we are holding our breath.

It can bring on a meditative state but it’s important that we try and achieve that before we begin the dive. So if we start in a relaxed way, the dive itself will be very relaxed. I have had some pretty stressful dives to 50 feet and some incredibly calm dives to 200 feet.

When did you start competing in freediving events?

There was no education on the island for freediving so I flew back to the UK, took some freediving courses in Cornwall and in 2015 I flew to the Bahamas to finish my training to become an instructor.

It was there when I first dived in Dean’s Blue Hole, which is the deepest known blue hole in the world and one of the best scuba diving spots in the Caribbean. It is a beautiful place to be and there is 660 feet available to you so you can really explore what you’re capable of. Earlier this year, back in April/May 2017, they held the annual competition called Vertical Blue there, which was my first competition.

Since moving to Barbados I have managed to gain my citizenship to the island. There hadn’t ever been any male freediving records before, so I set five national records in all three disciplines. As it stands, I am currently the national record holder for all depth disciplines in freediving here in Barbados. While I placed 9th, I was still 50 metres off the deepest guy.

Where are your favourite spots in Barbados?

The whole east cost of Barbados is very rough and rugged, fantastic for surfing, but because of the adverse conditions on the east coast, there’s not as much fishing pressure, so the reefs out there tend to be a bit healthier.

The north eastern corner of the island is also really the only place in Barbados where you see sharks and I love diving with sharks and trying to film them – they need our protection as much as anything else. There is a higher chance to see a nice reef shark or a nurse shark sleeping on the north eastern reefs.

Where are you favourite freediving spots around the world?

A couple of years ago my wife and I went to a small island called Bequia in the Grenadines, and we did a trip down through the Tobago Cays. It is a protected area so there is no commercial fishing, it is very well maintained and there are strict rules around where the boats can and can’t go, so it’s a very pristine place. It is a beautiful place to dive and see the underwater world in all of its untouched glory, with no visible effects of fishing or pollution.

I was in Grenada teaching freediving earlier this year and they have the Grenada Underwater Sculpture Park in a really awesome little spot called Dragon Bay. They have all these concrete structures submerged underwater – there's an angel, children, a man sitting at a desk with a typewriter, and they are all in about 10 metres of water and it’s just such a surreal experience.

Where would you go if you could free dive anywhere in the world?

I’ve got a few places on my bucket list. I’d like to go to the Blue Hole in Egypt, simply because it’s another blue hole, and it’s perfect for freediving. It’s right on the shore so it can be easily accessed.

On the other hand I have this passion for spearfishing so I would love to go somewhere in the Gulf of Mexico or somewhere on the other side, like Baja California, where there are different kinds of fish altogether.

Why are lionfish plaguing the Caribbean?

Lionfish are native to the Indonesian ocean and were were never supposed to be in the Atlantic. They were a very popular aquarium fish and were imported to the US for people to have in their homes. The most commonly accepted theories of how they ended up in the Atlantic are that either an aquarium broke during a hurricane and the fish were released, or someone threw them into the ocean.

Over the last 20-30 years they spread like wildfire and there is nowhere in the Atlantic that they haven’t yet reached. They are very veracious predators – they will just non-stop consume fish if it’s available to them. The lionfish are not fussy – after catching the lionfish and removing the venomous spines I often inspect what was in its belly. I’ve pulled out a baby stingray, baby eels, baby lobsters, shrimp and all sorts of reef fish. They will eat anything that fits in their mouth and they can eat anything up to half their size.

Because they are an invasive species the local predators– groupers, sharks, barracudas, etc. – have no idea what they are and often leave them alone. In every ecosystem there is predator and prey, but now there is no balance in place so lionfish can often live to maturity, which can be up to 15 years.

Additionally, the warmer the water is, the faster they reproduce. They’ve been recorded laying up to two million eggs a year, which is about a batch every seven days on average. And each batch can be around 30,000 eggs and for all those that get fertilised, very few are consumed by other fish.

Lionfish live on the ocean floor and they’ve been documented as deep as 1,500 feet. The problem is a lot more widespread than what we see on the reef — by the time they’re up here they could have come from 100-500 feet of water to find more feeding ground. The real impact can only be estimated, because people aren’t diving 500 feet to see what’s going on down there.

What can people do?

Eat them! Human beings are incredibly good at finding something we like and eating it into extinction. It’s the reality of human nature. So the focus with lionfish is twofold. One is getting more scuba divers to spear them. There are loads of scuba divers who want nothing more than to protect the oceans but for every lionfish you spear, you’re doing the reef a positive service. Second of all, they taste amazing and every time you eat one, you’ve saved a whole bunch of fish from being eaten by that lionfish.