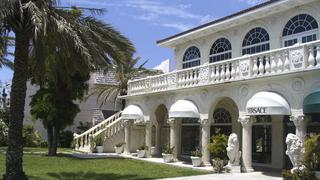 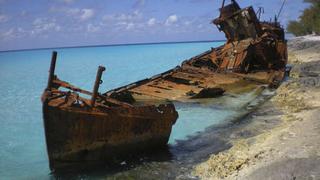 Charter a superyacht in the North Bahamas

Little more than 50 miles off the east coast of Florida, the North Bahamas comprise the Bimini Islands, Grand Bahama Island, Moore’s Island, and the Abaco Islands.

The Biminis are divided into North Bimini and South Bimini, and a series of cays, all of which are low-lying. Despite their proximity to Florida, the Biminis are surprisingly underdeveloped and retain an old world charm that Hemingway would still recognise – Hemingway was a frequent visitor and wrote Islands In The Stream about the Biminis.

Being situated on the edge of the Gulf Stream, fishing and diving are the main attractions here, as well as walking in the footsteps of Hemingway. North Bimini is the main island of the chain, and here you will find more bars and shops.

To the north of the Biminis is Grand Bahama, a completely different proposition to the rather sleepy Biminis. Here you will find the bustling town of Freeport, with its attendant casinos, duty-free shops, and facilities for cruise ships. It’s a far cry from the rather shady past, when Grand Bahama was a haven for smugglers and pirates.

Although not an island for peace and solitude, it’s a good place to provision before exploring Abaco and its cays (known generally as The Abacos).

Lying to the east of Grand Bahama, the Abacos consist of the large island of Abaco, and a dozen or so out-lying cays. This group of islands are absolutely delightful, in that they have managed to retain their sense of identity while still affording visitors all the facilities they might wish for.

There are countless picturesque encourages, with turquoise seas and sandy beaches, as well as plenty of marinas for superyachts.